Portland Housing Bureau Director, Shannon Callahan, has decided to step down after nearly five years of service. Her last day will be August 1, the Housing Bureau announced in a statement released July 18. Her resignation comes in the wake of a historic housing crisis defined by mismanagement, fraud, and widespread crime.

Once a thriving metropolis known for its culture, flower gardens, and forest trails, Portland has become a playground for the homeless. Makeshift shelters and shopping carts clog the sidewalks, where the smell of urine permeates the wet air. Addicts now use out in the open, sharing meth pipes in the park, and filling needles on street corners. They foul streets with defecation, hallucinating shirtless and naked, while the rest of us watch scared, unsure if this crisis will ever end.

It’s easy to point fingers, and in some cases, we’d be right to do so. In April, the affordable housing project, Central City Concern, was supposed to receive a check for $1.4 million. Instead, the money was deposited into a fraudulent account. The city wasn’t able to catch it in time, but they did intercept a second attempt in May. The city has been very quiet about the details.

While the authorities have been contacted, there’s no word on what happened or if an investigation is being conducted. Central City Concern wasn’t even notified until a month after the money was stolen.

This was the single largest government theft in Portland history, and it occurred two months before the Housing Director was scheduled to resign. So far as we know, Shannon Callahan is not suspected of involvement, but it does make one wonder what could be happening at the Housing Bureau.

Shannon Callahan’s resignation is just one of several which occurred after the Metro Supportive Housing Services (SHS) personal income tax was passed in 2020. It was the kind of law that social work activists dreamed of for almost a decade. They planned on taxing the rich, taking 1% of their income, and using it to stop the spread of homelessness in the area. But when the city received those funds, it didn’t have the infrastructure to use them. Four top executives have resigned since February, each giving their own reasons, from transfers to other career opportunities.

On July 6, when asked about the problem, Shannon Callahan told Wweek that she planned on sticking things out. Less than a month later, she’s on her way out the door with the city heralding her achievements. It’s not clear what is going on, but it’s something.

Depending upon who you ask, and the direction of the wind, there are somewhere between 3000-6000 homeless individuals in Portland. That number is most certainly an underestimate, but there’s no real way of counting them all. They’re typically skittish and on the move, as well as resistant to efforts to track them. The Joint Office of Homeless Services plans on supporting a maximum of 2,418 beds, but the logistics behind that operation are harrowing.

Many of these beds are in communal areas, which are generally unsafe. They’re known for theft and violence, and they typically require the homeless to give up their personal belongings. Others discriminate, especially against members of the LGBTQ+ community and persons of color. They ignore health issues and spread diseases, forcing the homeless into unsanitary conditions. Most find it safer to sleep on the streets.

Local neighborhoods find themselves unable to cope. Businesses are seeing an uptick in theft. Customers will refuse to go inside, opting instead to stay at home where it’s safe. Oldtown, which has been a hub for the crisis has demanded that the city do something to fix the problem.

Board Chair of the Old Town Community Association and owner of The Society Hotel, Jessie Burke, held a press conference pleading to the city to take action. She said that the pandemic was a tipping point, which exacerbated the pre-existing mental health, crime, and housing crisis, causing things to boil over.

Many are worried that the problem will get worse considering the lack of housing in the city–a decades-long issue that nobody seems to be able to address. Renters with evictions, records, and low income have long lived in fear. Unlike many other cities, where landlords are often willing to lower their standards, Portland is a place where everyone wants the best, leaving everyone else wanting. How things have managed to go as well as they have for so long is a mystery.

The cost of housing has skyrocketed as well. Oregon home prices have gone up nearly 19.7% in the past year, forcing tenants and homeowners to eat the cost or drown trying. The typical home costs somewhere around 500K, an astronomical amount that most could only dream of paying.

It’s easy to lash out when your neighborhood is under siege and you can’t walk outside your own home. But the days of public accountability and blame are over, and we can’t replace those toxic mindsets with blindfolds.

We are going to have to accept that these problems are systemic, and if we don’t take them on, our city will never find peace. The problem isn’t the amount of people on the streets, either. In other cities, they have a much larger population, but they handle it. They offer them services. They shelter them. They give them safe beds, and they make sure that they’re not out camping. We currently have 1,700 beds at most, and it’s not anywhere near enough.

It’s the same with mental illness, a huge contributor to the issues of homelessness in the community. What most don’t realize is that people with severe psychotic disorders were often normal, contributing members of society whose minds suddenly betrayed them to no fault of their own. Schizophrenia and intelligence correlate, so you’ll hear about pre-med students, lawyers, and MBAs suddenly hallucinating.

In many cities, they can still contribute, or at least find housing and treatment if they can’t, but not in Portland. We ostracize them, send them packing, and abuse them. People have been screaming about the lack of quality affordable mental health care for decades, and we’re now seeing the result. If we don’t want people hallucinating in the streets, regardless of how much of an eyesore they are, we need to find them care.

The drug problem is also systemic. When Ballot Measure 110 passed, we thought we’d just won the war. Academics, activists, and social workers had long been calling for the decriminalization of hard drugs, and we were one of the first jurisdictions to allow it.

We also tried to divert funds from marijuana sales toward providing treatment for drug users. But it’s been 2 years, and all we’ve gotten is a rash of overdoses and crime. Those funds are barely starting to be released in the past 60 days.

Things have been mismanaged. There has been a lot of scandal and anger within Portland. But within the system, there’s also a fighting spirit. People want things to change, and they know how to make that happen.

We can’t fool ourselves into thinking that the old ways will work. They didn’t, and that’s been proven. Addiction is the perfect example of that. It’s a major barrier to getting people off the streets. When there is readily available access to safe, healthy treatment options, people do try to get help. Nobody enjoys psychosis, dope sickness, and cravings.

The city is already starting to plan a methamphetamine stabilization center in town, along with expanded services on many fronts. Those efforts won’t be ignored, and when they are up and running, people will start putting their lives back together.

If we can address mental illness and drug addiction, we can begin to help people. We will see a decline amongst the chronically homeless. Housing can also be taken care of. This is not the zombie apocalypse. History is simply repeating itself. Plenty of other jurisdictions across the country have already reached what is called functional zero, a state in which homelessness is rare and brief in a community. Portland is striving towards that goal.

The city has been working with Built for Zero, a nationwide partnership between 90 different jurisdictions that are putting measures that have proven to be effective in place.

The goal is to build a system that oversees the transition from the streets to permanent housing. This begins with the city’s expansion of shelter beds, then tiny villages and transitional housing units where the homeless can stay while they are waiting to find something better.

One of the biggest barriers these villages have faced is opposition from the public. Portlanders are smarter than the average bear. They understand the issue of homelessness, and they are compassionate. They just don’t want the homeless in their neighborhoods. They’ve seen the damage it can cause. They have a right to say something, but we still have to build this system or we will be overrun. We can never lose sight of that.

Unfortunately, people are starting to lose sight of what’s right. Outcry has caused the city to start enforcing no camping laws, asking the homeless to move repeatedly. Concerned residents are reporting encampments left and right. It’s all based on the age-old delusion that it will somehow fix this. But it won’t. Most of the time, they’re not even removing homeless people from their neighborhood.

We have to find a way to lure the homeless in and address the issues that they’re facing with adequate services. We don’t have the ability to do that now, and the homeless are justifiably wary of the system. But communities have found that if they reform bad programs and create rosters they can eventually get the homeless to agree to seek help. It’s an effective way to pull people off the streets.

Instead of lashing out and losing faith, we should try to find a competent housing director, strong enough to do what needs to be done. The city is now conducting a nationwide search. Hopefully, it will be somebody who can lead us down the right path. 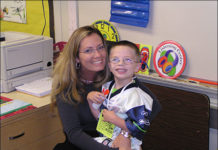 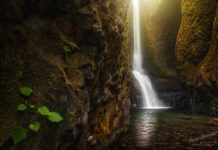 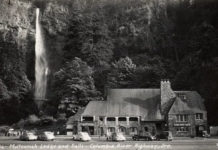