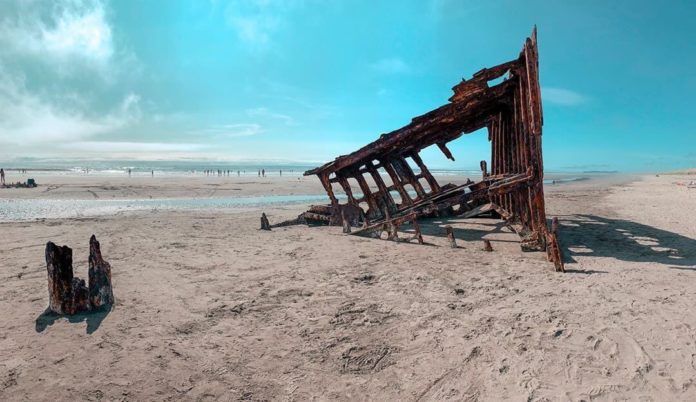 Fort Stevens is one of Oregon’s greatest treasures. Located just 20 minutes west of Astoria, where the Columbia River meets the Pacific, it’s tailor suited for history buffs and nature enthusiasts, beachcombers, campers and hikers. There’s so much to see and do that it’s hard to imagine anyone coming away dissatisfied. So grab your gear, gas up, and come exploring with us in this guide to Fort Stevens State Park.

The History of Fort Stevens

Fort Stevens was built on the south shore of the Columbia River in 1863-1864 to protect against UK forces during the Pig War, a skrimish over territory in the Pacific Northwest. At the time it was known as Fort at Point Adams. In 1865 it was renamed Fort Stevens in honor of the governor of the Washington territory, Isaac Stevens, who had fallen in combat.

The fort was in active use by the military between 1863 to 1947, when it was decommissioned. It took part in multiple conflicts, including World War I and World War II. During World War II, it was fired upon by a Japanese submarine, making it the first military installation in the continental United States to be attacked by a foreign power since the War of 1812.

Point Adams marks the northwesternmost point in the state of Oregon, as well as the capital of the Clatsop people, Klaát-sop. The tribe was known for trading berries and salmon with the Lewis and Clark expedition, but there were very little interactions between the two groups.

Fort Stevens State Park encompasses a portion of the notorious Graveyard of the Pacific, which stretches from Tillamook Bay to Cape Scott. More than 2000 ships and upwards of 700 souls have been lost in the graveyard, making it the sight of both grief and curious wonder.

One of the most notorious shipwrecks in the graveyard was that of the Peter Iredale (pictured above). She was a four-masted ship that ran aground in Fort Stevens State Park in 1906. The rusted bow and masts are an oddity, jutting in the sand. It is one of the most famous spots for tourists in the area.

Fort Stevens is now a formidable monument, its ancient shell ready to be inspected by tourists hoping to catch a glimpse of the 19th century. There is a history museum, exhibits, and plenty of information to absorb. The park even offers underground tours of Battery Mishler, a Civil War gun battery that was used as a World War II command center. For more information on tours call the Friends of Old Fort Stevens at 503-861-2000. The museum is open 7 days a week, 10 a.m. to 4 p.m. 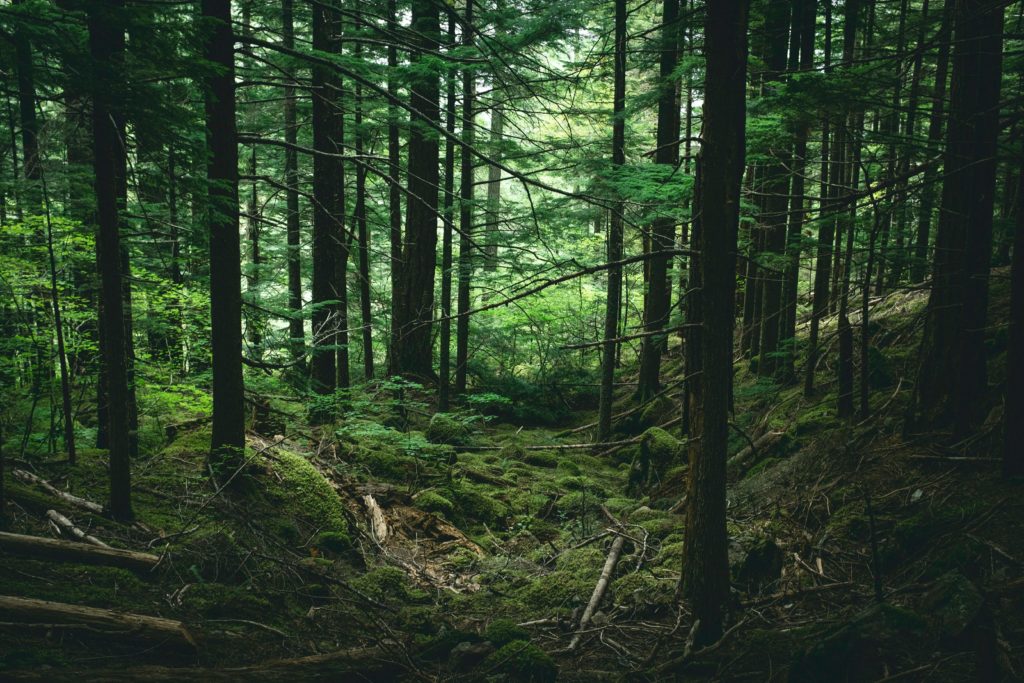 What makes Fort Stevens so great?

As Oregonians, how could we not fall in love with mother nature? Even in the city, trails and gardens, isolated forests and wetlands, all surround us. We have an intimate connection with these places, but they’re tame.

Mother nature isn’t meant to be tamed or trampled on. She’s meant to be wild, unpredictable and unexplored. Fort Stevens is a 4300-acre playground for those who spend their days dreaming about immersing themselves in the shade beneath the trees. It features the best of Oregon–in orders of magnitudes–from the tumultuous coastline to the forest trails we can’t explore enough. There’s something special about Fort Stevens.

Hiking is a way of life in the Pacific Northwest, and Fort Stevens is the epicenter. With 15 miles of multi-use trails, bike paths, and horse trails–some paved, some not–there’s enough room for the entire state to go forest bathing.

While there are parts of the park that are crowded, many of the trails offer the quiet solitude so many of us crave. Just in case, if you’re hiking and you’re worried about crowds, come during the fall, winter or spring, when it’s nice enough to enjoy forest, but cold enough that the entire state won’t be shoving past you on the trail.

The Fort Stevens Loop is the longest of these trails, spanning 10 miles. It offers the full experience, giving you a taste of the diverse environments within the park and the challenge of a decent hike. The trail leads south of the historical museum, west through the swamp, past forests and Swash Lake, then through a set of dunes to the Peter Iredale. From there it runs south along the western shore, then inland until making its end at Coffenbury Lake. There’s another path leading further west and north the way you came, completing the 10-mile hike. There’s also a web of tributaries that spread throughout the rest of the park.

Another popular trail is the Clatsop Spit Loop, which extends north from Tillamook Head to the river mouth. Clatsop Spit is a giant sandy plain that juts out towards Oregon’s northwesternmost point. The planting of dune grass, dams, and jetties altered the sandy desert, stabilizing the land. This has allowed Sitka spruce, willow, shore-pine and wax-myrtle to exist there. Flocks of brown pelicans, double-crested cormorants and Caspian terns swarm the mouth of the Columbia to feed off of salmon. Vistas of the fresh water and the sea, combined with the bustle of wildlife make this hike something to be remembered.

Hike both Fort Stevens Loop and the Clatsop Spit Loop for a comprehensive view of the park. There are many trails to follow, but none as breathtaking or diverse as these two.

Surrounded by low-hanging trees and coniferous groves, Coffenbury Lake was formed from the runoff coming off of the Columbia, where it collected between the dunes. It’s now 50 acres–a mile long–and host to two picnic sites, areas for swimming, fishing, and a boat ramp.

Coffenbury Lake is everything you could ever want out of a large, natural body of freshwater. The scenery is peaceful, if not a little crowded during the summer months. But during that time, the water is temperate, which means swimming isn’t just allowed, it’s a blast. There’s also a 2.5-mile trail encircling the lake, perfect for parents with young children.

The lake is stocked with trout and steelhead. Warmwater species naturally spawn there, including black crappie, bluegill, brown bullhead, and yellow perch. The stocking schedule is available on the Oregon Department of Fish and Wildlife website. There is no schedule for the steelhead, but they do come during the winter months. For warm water species, the best time to fish is spring, summer, and fall. For trout, it’s better to fish from March to September.

Coffenbury Lake is great if you’re towing along a pack of children, but there are plenty of other ways that children can enjoy their time in the park. Fort Steven’s Jr. Ranger Program offers regular outings. Their events are part of a long roster of activities available for all ages at Fort Stevens. Kayak Tillamook is especially popular with adults.

For a truly immersive experience, camping is the only way to go. Fort Stevens State Park has one of the largest campgrounds in the nation, with more than 350 sites of all types. The campground also features yurts, cabins, flush toilets, and hot showers.

With all of those amenities, the hiking and the lake, Fort Stevens has become the place where everyone comes to camp. During the summer months, it can feel like a tent metropolis, with some spaces only a few feet apart and short lines to the bathroom. There’s plenty for everyone, but it doesn’t always feel like there’s enough of nature to go around. During the off-months, the water seems to come rushing off the ocean, spreading a misty chill that makes sleeping in a tent prohibitive. Unless you have an RV, or you manage to snag a cabin or a yurt, it’s probably best to enjoy the park and come home when you’re done.

Due to the popularity of Fort Stevens, campsites must be reserved 6 months in advance. If you’d like to make a reservation, head on over to Oregon State Parks, and check out the rest of their website, where you’ll find all of the information you need to enjoy your stay.