A shooting at a strip club in Springfield, Oregon occurred this morning at 2:30 am, resulted in two people being shot with one dead. At this time, KVAL is not reporting much, as there is no word on the suspected shooter or the condition of the surviving victim. The club where the shooting occurred was at Bobbi’s VIP Room at 1195 Main Street.

According to the source, their photojournalist on scene observed 15 to 20 shell casings in the parking lot. Local Springfield officers did confirm the shells were as a result of the shooting. Detectives are at the scene where they will be gathering evidence and interviewing most of the morning. 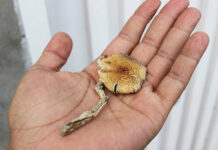