It’s not the Blue Whale.

In fact, it has a total weight of more than 20 Blue Whales, and here’s a hint: Alice would be proud. 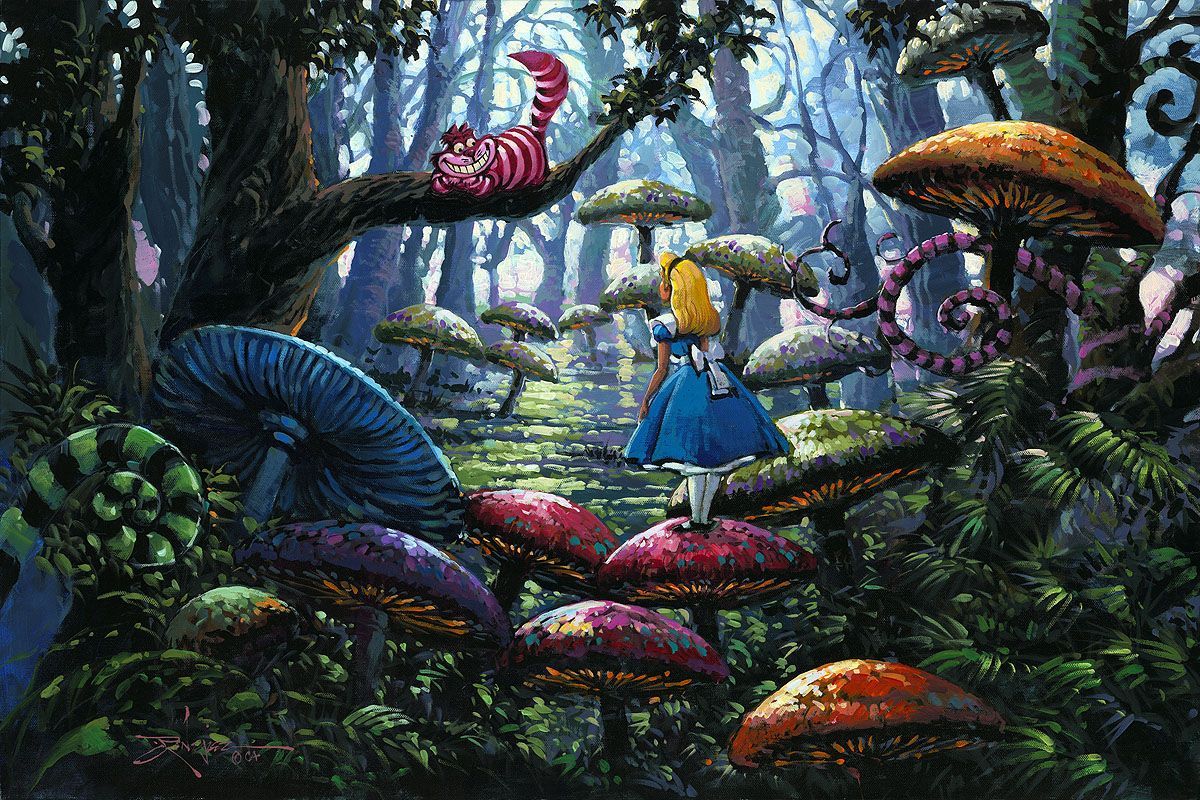 Located in the Blue Mountains within the Malheur National Forest in Eastern Oregon, armillaria ostoyae is an enormous organism dubbed the “Humongous Fungus” by scientists. More commonly known as the Honey Mushroom or Shoestring Fungus, the total mass of it is estimated to weigh at least 7,500 tons and maybe up to 35,000 tons. Likely it is also the world’s OLDEST organism as well, estimated to be around 2,400 years – 8,650 years old.

Okay, so the above image is total bunk. The fungus actually looks like a white slime on and within the bark of (mainly) Ponderosa Pine trees and sends out black tendrils underground, only taking on the more familiar mushroom cap shape in the fall months. The largest concentration of Armillaria encompassed 3.5 square miles of forest as of 2015, so one can only speculate what four additional years of growth have done.

The Honey Mushroom organism is however rather insidious. Spreading out its filaments through the root structure of the coniferous forest and inserting itself into the very body of the tree, Armillaria is a parasite. It will take years for the tree to die while the Humongous Fungus feeds it’s life away. The expanse of the forest and the stable environment has enabled the fungus to spread as far as it has.

An individual organism can be classified as “a being has a set of cells that are genetically identical and communicate with each other”. This giant fungus fits the bill, and extensive DNA testing has proven this is the largest single living organism in the world.

Regarding efforts to potentially save the forest from being ravaged, Dan Omdal, with the Washington Department of Natural Resources told Oregon Public Broadcasting in 2015, “Remember, it’s the baddest fungus on the block. We’re looking for a tree that can grow in its presence. It’s foolish to plant the same species where you harvested in areas that are infested by the disease.” Different species of trees including Doug fir, western larch, and white pine are currently being studied to see if one can possibly tolerate the fungus without dying.

Or, we can simply view armillaria ostoyae as part of our ever-changing ecosystem, allowing trees to rot and die, which in turn creates habitat for birds and insects.

I’m personally grateful for it.