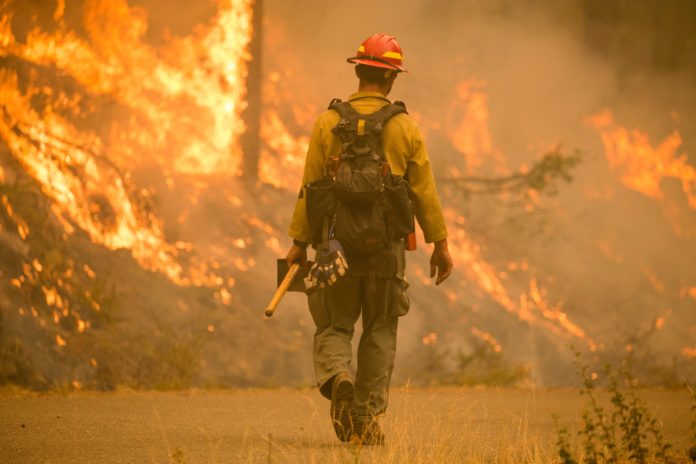 This week Oregonians have been stunned by the shocking number of wildfires that have started in Oregon.  As of September 10th, 2020 there are still 37 active fires, with over 672,000 acres currently burning across the state.

These fires have led to loss of homes and lives as they have swept not only across Oregon’s wild areas but also through cities and small towns.  Officials are just beginning to total lives lost from fires such as the Almeda Fire which burned through Phoenix and Talent Oregon near Medford, as the remains of homes have not been able to be searched through yet.

As the fires continue, police have arrested one man suspected of starting fires, and are looking for another.

An Unprecedented Number Of Large Fires

Earlier this week 48 wildfires burned in Oregon.  While the number today is only 37 fires, it’s still unusual.  Dry weather and high winds caused fires to grow at a fast rate and spread over large areas. High winds also made it difficult to fight the fires by air.  In a tweet on September 8th meteorologist Nick Nausler called the number of large and rapidly spreading wildfires across Washington, Oregon and California unprecedented.

This event is unprecedented. I’ve talked to people who have been in fire for 20, 30, 40+ years and they’ve never seen anything like this before. Not this many large, rapidly spreading wildfires across such a broad region #CAwx #WAwx #ORwx #CAfire https://t.co/LjHcTikNqx

With so many fires people have begun to wonder what the cause might be.  While some of the causes are known such as downed power lines, other fires are still under investigation, and two men in the past few weeks have been arrested for suspected arson.

CAN YOU HELP? Fire officials in Dexter, Oregon say a man tried to start two fires at a state park Wednesday.https://t.co/i1MuKTKznZ

Be sure to check out the links we’ve given to all of the above sources of information.  False claims of arson have been circulating on Facebook, and we’ve worked diligently to bring you only factual information.  See one such instance of a false social media post below:

Here are several resources where you can get up to date and factual information about Oregon’s wildfires:

Stay up to date with the latest on Oregon’s wildfires with That Oregon Life. Oregon has also set up an official wildfire resources page.

For evacuations, look to your county sheriff for accurate information. If the sheriff tells you to evacuate, you are urged to cooperate – for your safety, and the safety of firefighters working in the area.