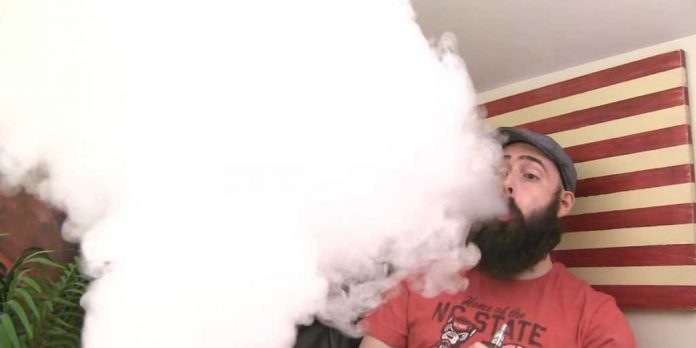 Vaping is everywhere these days. But until today, I wasn’t aware some have taken it to another level with vape cloud competitions and cloud chasing. That’s right, an event where people who vape like to compete to see who can blow fatter clouds of vapor

From The Daily Dot:

The reason these competitive vapers can produce such girthy(?) clouds is that most “cloud chasers” modify their vaporizers so they can burn things like vegetable glycerol and liquid nicotine. Vape companies will often pay and sponsor vapers who have proven themselves blowers of impressive clouds. Before you decide to compete for the most well-endowed cloud, you’d be wise to heed the advice of users who know they’re doing.

So if vaping for you isn’t just kicking the nasty cigarette habit, and you might be interested in joining a competition to blow fatty clouds close to home, you’re in luck. I was curious to see if there was any vape competitions nearby, and discovered Oregon Vape Festival. It looks like they may have already had the event in January for 2015, but may be getting ready for another one according to their Facebook page.