The disturbing history of Salem, Oregon’s now-demolished Fairview Training Center has been hotly debated by those who lived and worked there. To a few, it was a place to learn and grow. To the majority, it carries the horrific legacy of how past generations tortured, misunderstood, and marginalized those with physical and developmental disabilities.

The Fairview Training Center Was a Dark Place

In 2020, Oregon Public Broadcasting’s Oregon Experience released “In the Shadow Of Fairview” which you may also watch here. As OPB states in its YouTube post, “Fairview Training Center was Oregon’s primary institution for people with developmental disabilities. Until its closure in 2000, it housed over 10,000 residents. For some residents, it was the only home they ever knew. For others, it was a prison.”

The documentary reveals the facts about what took place here. Lobotomies, shock therapy, and forced sterilization of residents. Their stories are heartwrenching.

“I was handicapped, but it made me sicker to be there. It was like a prison. Handcuff. Shut door.”

One resident described being disciplined with razor straps: “It stings really bad.”

“They were strict at Fairview. You got beat up, yelled at. They put us in closets.”

“They used their shoes to spank us also.”

“If you don’t behave yourself, they’d get you with the scalding hot water.”

I personally own a copy of The Fairview Memory Book, published by the Oregon Department of Human Services in 2000 as a sort of “goodbye” for residents and staff. Prefaced by then-Oregon-governor John Kitzhaber, it paints an extremely myopic and sanitized picture of the facility. “Fireworks, Fairs, and Santa Claus!” No doubt there were steps like these taken to enrich the lives of Fairview residents, but seldom does the publication deign to mention the evils and civil rights lawsuits that took place here, and merely glosses over them as bottom-page timeline footnotes.

Meanwhile, until the 1970s, hysterectomy, vasectomy, tubal ligation, and castration were required of residents to be discharged from Fairview. Lobotomies weren’t officially outlawed until the early 1980s. In 2002, Kitzhaber issued a formal apology for these gross human rights violations (the below image is not of this apology, rather the year 2000 forward to the above publication).

Still, some former residents and employees carry with them happy memories. Many have come together on the Fairview Training Center Memories Facebook group, sharing stories and fond remembrances of years spent there.

From Institution to Urbex Mecca, to State Game Refuge and Beyond

Construction of what was to become Fairview Training Center began in 1907 on 672 acres of state-owned land outside of Salem, Oregon. In 1908 it was officially opened as the “State Institution for the Feeble-Minded”. The facility operated until 2000 when the last remaining residents left. After that, Fairview took on almost legendary status among the urban exploration community, so much so that security guards and cameras were employed 24/7 for years. By 2015 when I trekked into the unnervingly silent property, the old buildings were crumbling and graffiti-covered. 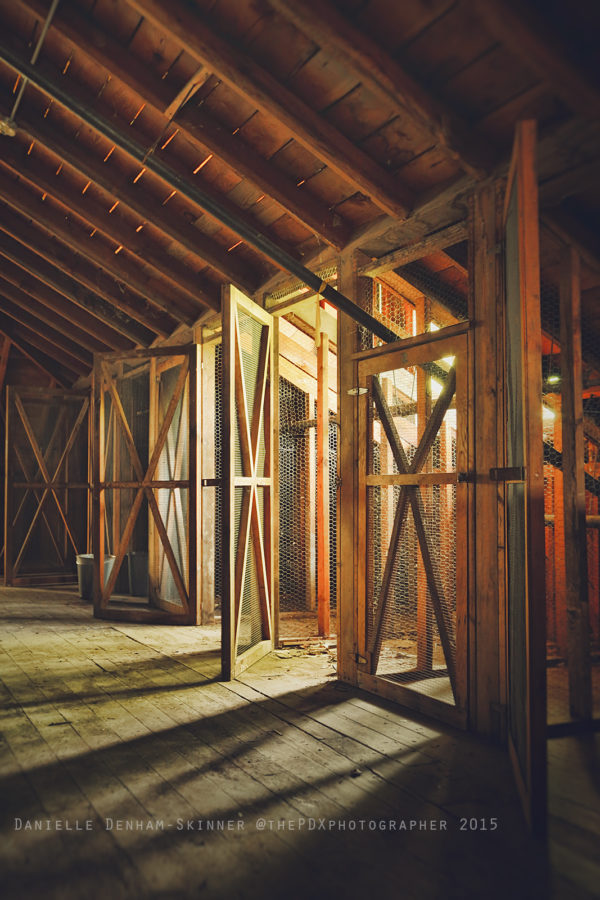 At that time I had little clue of the history I was walking into. Sure, I’d heard a few rumors, but nothing like what I know today. While I’m definitely not a fan of the paranormal-cheese presented by many “investigation” reality shows, I still can’t deny that some abandoned sites have an indescribable residual energy about them. The Fairview property was one such place. It had a certain thickness to the air, one that wasn’t welcoming.

Today the property encompasses a private elementary school, wetlands reconstruction, and state game refuge. One or two original buildings still remain, but it’s been difficult to find current 2021 online information on what the City of Salem plans for the future of the land. In 2019 the Statesman Journal reported that the land would eventually be used for a sustainable business and residential community. Today it makes up part of the Pringle Creek neighborhood.

While demolition can erase the physical evidence of the horrors that took place here, the haunting memories still remain. Efforts must continue to improve Oregon’s developmental disability service system, and the world must never forget the abuses of the past.

To see the full album of my visit to the Fairview Training Center property in 2015, please see here: https://www.thepdxphotographer.com/Abandonment-Issues-Oregon/Fairview/