Nineties kids rejoice, tickets are on sale now for the I Love the ’90s concert which sets off April 22 at Illani Casino Resort’s event venue.

The lineup will include Salt-N-Peppa, C+C Music Factory, Salt-N-Pepa, and Tone Loc among others. Expect to hear such trend-setting hits as “Let’s Talk About Sex,” “Ice, Ice Baby” and, of course, “Gonna Make You Sweat (Everybody Dance Now).”

So who’s going? Grab your tickets now at www.ilaniresort/lovethe90s. Also just down the street, about 10 minutes away rapper Kendrick Lamar and The Championship Tour (also featuring SZA, ScHoolboy Q, Jay Rock and Ab-Soul) will be performing May 6. Country singer-songwriter Chris Stapleton will also be performing July 20, with tickets starting at $34.Visit the website at www.sunlightsupplyamphitheater.com for tickets.

The Ilani Casino Resort is a casino operated by the Cowlitz Indian Tribe and located near La Center, Washington. 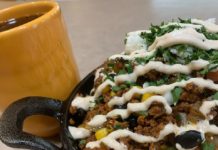 It’s Hard To Beat The Comfort Food At The Cast Iron Cafe, Tucked Away in Small Town Oregon 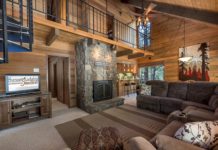 Stay In The Cutest Little Cabin This Fall In Sunriver Oregon 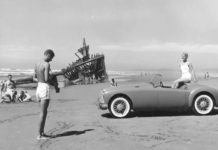 Oregon’s Most Infamous Shipwreck: Then and Now