Some of these facts you may not know already about Oregon, and some you probably already do. Either way, some of these facts are just outrageous and funny. Oh and that beautiful image you see at the beginning of this article? Well I came across it while doing research for this article, and I’d definitely recommend heading over to blog.enpointephoto.com and see the rest of their images, as they were quite beautiful!

We hope you enjoy your lesson on fun facts about Oregon today. Feel free to share anymore you don’t see on the list in the comments!

1. We Have A Unique Flag 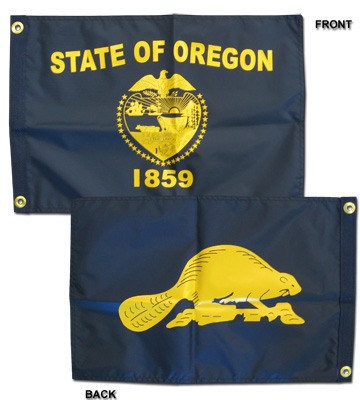 Oregon’s state flag is the only state flag in the United States to have different designs on each side – the escutcheon from the state seal on the obverse and a gold figure of a beaver on the reverse side.

Portland, Oregon has more breweries than any other city in the world. Within its city limits, Portland has more than 60 breweries.

3. We have more strip clubs than anywhere in the nation

Portland is also home to the most strip clubs per capita than any other city in the country. 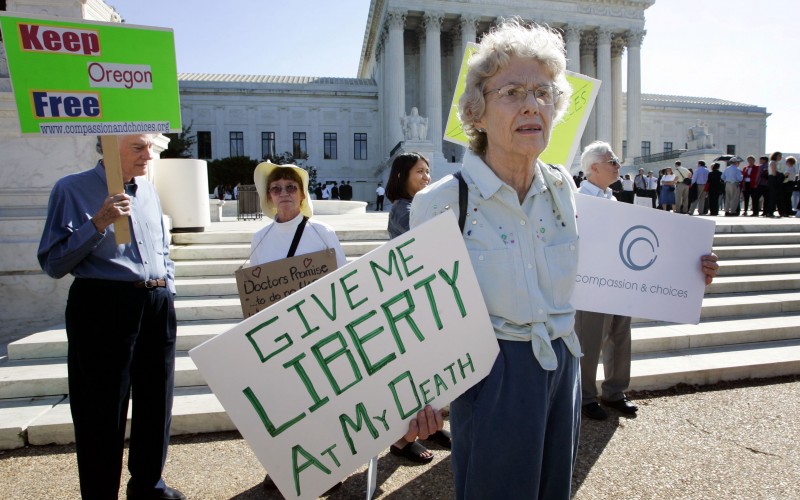 In 1994, Oregon became the first U.S. state to legalize physician-assisted suicide, resulting in Oregon’s suicide rates being some of the highest in the nation.

5. Deepest lake in the US

6. The worlds smallest park is in Portland

Mill Ends Park (sometimes mistakenly called Mill’s End Park) is a tiny urban park located in the median strip of SW Naito Parkway, approaching esplanade along the Willamette River near SW Taylor Street in downtown Portland. The park is a small circle 2 ft across, with a total area of 452 sq in (0.292 m). Mill Ends Park was designated as a city park in 1948. It is the smallest park in the world, according to the Guinness Book of Records, which first granted it this recognition in 1971. 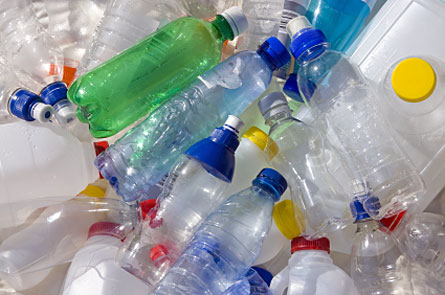 In 1971 Oregon became the first state to ban the use of non-returnable bottles and cans.  The law is credited with reducing litter and increasing container recycling. As a result, items which used to make up around 40% of roadside litter now represent about 6%.

8. Eugene was the first city to have one-way streets, and is quoted by “Bicycling Magazine” as one of the top ten cycling communities in the United States.

9. Oregon residents own one-fourth of the country’s total llama population.

I can’t remember the last time I even saw a llama, but at least a quarter of the total llama population is right here in Oregon.

10. We are home to the most ghost towns in the nation

With over 80 ghost towns listed on the national register, Oregon holds the nations top spot as the ghost town capital. One of the funniest ghost towns you may not know about is Idiotville. Idiotville is a ghost town and former community located in Tillamook County in Oregon. near the mouth of Idiot Creek on the Wilson River, on the route of Oregon Route 6. Idiotville’s elevation is 1200 feet. It is in the Tillamook State Forest, along the Tillamook-Washington county line, approximately 50 miles west northwest of Portland. Nothing remains at the site.

The nearby stream was named Idiot Creek after the community and was added to the official United States Board on Geographic Names list in 1977. About a half mile up Idiot Creek was a logging camp called Ryan’s Camp, which was part of the salvage operations following the Tillamook Burn. Since the spot was so remote, it was said that only an idiot would work there, so the camp was popularly known as Idiotville. The name was eventually applied to the stream.

11. Largest cheese factory in the world

The Tillamook Cheese Factory is the largest cheese factory in the world, and a popular tourist attraction for all ages. Visitors can see cheese being made and learn about the cheese-making process by taking a self-guided tour. A gift shop with a wide variety of items, including cheese and other fine food products, is open during business hours. Don’t forget to try the famous Tillamook ice cream before you leave!

12. The Shortest river ever is in Lincoln City

The Roe River is recognized by the Guinness Book of World Records as the world’s shortest river. The Roe flows 200 feet between Giant Springs and the Missouri River near Great Falls. The Roe River competes with the D River in Lincoln City, Oregon for the title of the shortest river.

The world’s shortest river at only 121 feet, the D River, can be found in Lincoln City, Oregon.

13. Oregon is home to the deepest river gorge in North America

14. We are the only state with an official state nut

15. In Stanfield no more than 2 people are allowed to share a drink

16. The Nike “swoosh” logo was designed by Portland State University student Carolyn Davidson in 1971 — several years after business undergrad Phil Knight and track coach Bill Bowerman founded the company they originally called Blue Ribbon Sports. Knight had rejected several of Davidson’s designs, and when picking the swoosh, said he didn’t love it, but that maybe it would grow on him.  Ms. Davidson was paid $35 dollars for her design. In the 1980’s, Davidson would be given a more proper credit through stock in Nike.

17. It is against the law in Myrtle Creek to box with a kangaroo

It has gone on the record that Clint Eastwood worked at Weyerhaeuser, a sawmill in Springfield, Oregon. He’d only worked there a matter of weeks and soon became aware that lumber jacking could be a dangerous business.

In Douglas Thompson’s 1992 book ‘Sexual Cowboy’ Clint explained, ‘I heard a shout and looked up and saw the crane driver and I hadn’t quite got it organized. A nasty load of giant logs hung suspended over my head. I don’t think I’ve reacted faster in my life. Yet even as I started to run, down came the logs. Any one of them could have crushed the life out of me. I just barely jumped clear- as the logs hit the ground they jammed against the crane, which was a lucky break for me. The money was good in the logging business and so was the food. The guys you met there were like wild characters out of a novel. It was pretty hard living but working outdoors in this fabulous country- rugged mountains, tall pine and fir forests – made it worthwhile.

On the weekend the lumberjacks spent their money in Eugene, where they would burn the joints down. They were loud, very loud, but the locals were used to the loggers’ behaviour. Clint would often liked heading to the outskirts of town where he could grab a few beers and listen to some live country music. While girls were on the scene, Clint never took them too seriously. Earning $1.80 an hour was certainly enough to keep him happy and in beer. As the job was seasonal the pay was well above the average.

19. Where the name Oregon came from 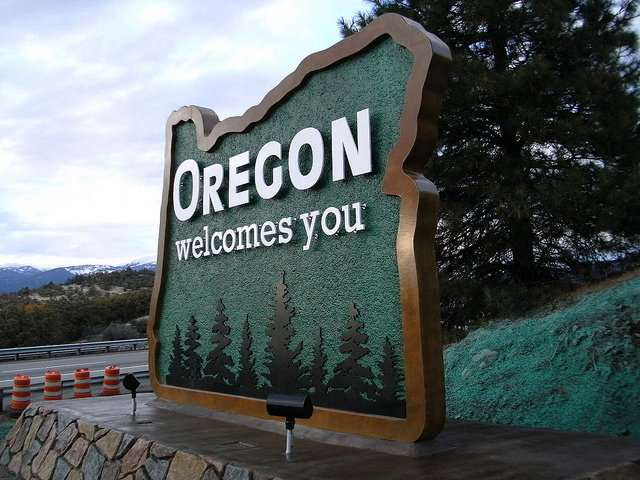 The name ‘Oregon’ is believed to have come from French word ‘ouragan’ (meaning “windstorm” or “hurricane”), referring to the powerful chinook winds of the Columbia River.

20. We once had whores in our meadows

The Whorehouse Meadows is located on the western slope of Steens Mountain southeast of Frenchglen, Oregon, and earned it’s name in Harney County when it was exactly that during the days of the Old West. Setting up facilities under a canvas tent in the secluded meadow about a mile east of Fish Lake they would then meet up with cattle and sheep herders. In the 1960’s the Bureau of Land Management issued a recreation map renaming the meadow, “Naughty Girl Meadows” But in 1971 the Oregon Geographic Names Board took strong objection to the change and brought their argument before federal arbiters. After ten years the old name was restored in 1981.

21. Oregon and New Jersey are the only states without self-serve gas stations. 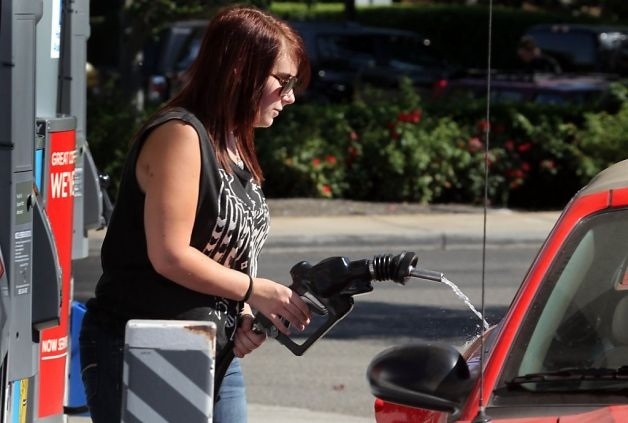 Aside from Oregon’s new state law effective Jan 1, 2018, which allows customers in some rural areas to pump their own gas, a gas attendant will fuel your vehicle fo ryou.

22. Springfield, Oregon is the real life inspiration for the Simpson’s hometown…. 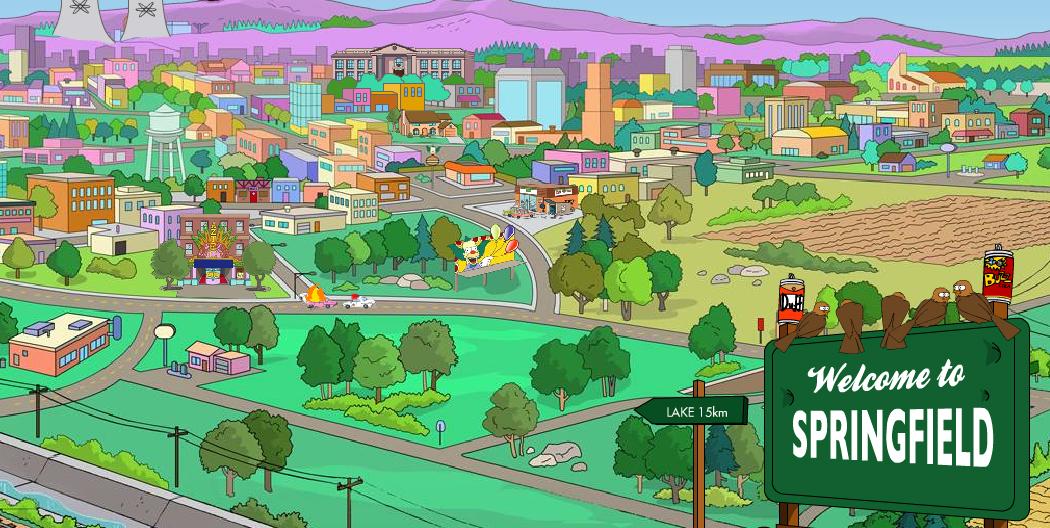 The world’s tallest barber shop pole, standing at 72-feet tall, resides in Forest Grove, Oregon. Click here to read an article about it at The Oregonian.

As first reported in August 2000, the world’s “biggest living thing” is the honey mushroom (Armillaria ostoyae) of Oregon. It covers 2200 acres and is estimated to be over 2400 years old. It was discovered in the late 1990s using aerial photos and through DNA testing cultures from 112 dying trees.

There’s even a hoax article that’s been circulating the Internet for years, claiming this monster mushroom in the photo below, which is obviously manipulated, is the actual mushroom in Oregon. Click here to read more about that. 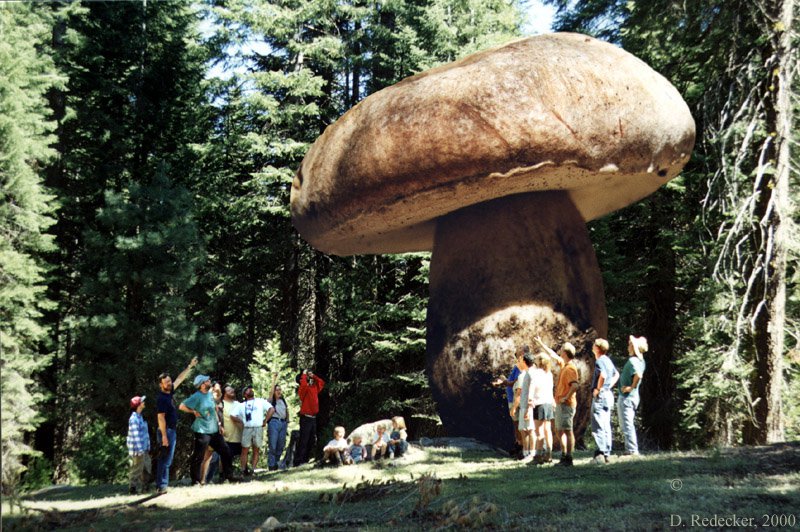 25. There are more than 750 vineyards in Oregon

There are more than 750 vineyards in Oregon, producing more than 70 different varietals of wine grapes.

26. The John Day Fossil Beds National Monument is one of the richest fossil sites in the world.

You would need to travel to Pakistan to find a fossil bed that rivals this one.

27. Timberline Lodge on Mt. Hood served as the scenic backdrop for the movie, The Shining.

28. Oregon is home to many Native American tribes 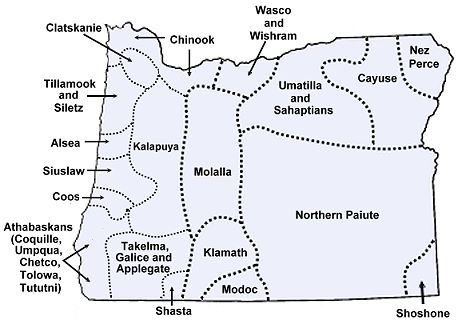 30. Portland’s name was decided with a coin toss. Had the coin landed on the other side, the city would have been named Boston. Wouldn’t that be weird, Boston, Oregon?

31. Oregon has been the most popular place to move to in at least 3 years 32. The state of Oregon has one city named Sisters and another called Brothers.

33. Our first-ever female mayor, Dorothy McCullough was elected in Portland back in 1949. I guess pinball wasn’t her thing, as she immediately banned all pinball machines.

34. Oh by the way, don’t even try fishing with canned corn for bait. It’s totally illegal.

35. Oregon comes in at #6 for the most Bigfoot sightings in the United States, with Washington being #1

36. Haystack Rock off Cannon Beach is 235 feet high and is the third largest coastal monolith in the world.

37. There are 9 lighthouses standing along the Oregon coastline. The nation’s most photographed lighthouse is the Heceta Head Lighthouse.

38. Portland is the whitest big city in the US, according to recent census data (over 70% white). Today Portland is considered liberal and tolerant – although it’s easier to be “tolerant” when most people are of the same race.

39. Portland is one of only three cities in the United States with an extinct volcano within its city limits. Most people here say it’s the only one, but Wikipedia knows better.

40. Discovered in 1874 the caves located in Oregon Caves National Monument are carved within solid marble.