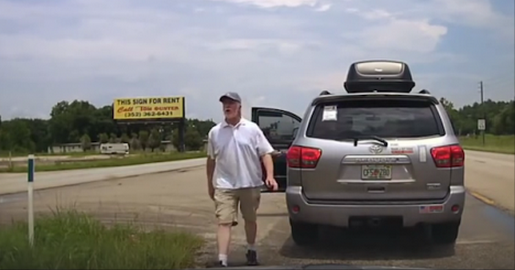 According to the story this man pulled his Toyota Sequoia over to the side of the road and apparently was walking into traffic in an effort to stop other cars. Not sure if this old man was smokin’ some shit or the hot Florida sun just got to him. Either way, isn’t it crazy how quickly 50,000 volts of electricity can change a man’s demeanor?

As you will see this officer doesn’t hesitate to drop this guy like a bad habit.

“Shut the goddamn lights off or I’m going to throw it in reverse.”

Actually, no you won’t.