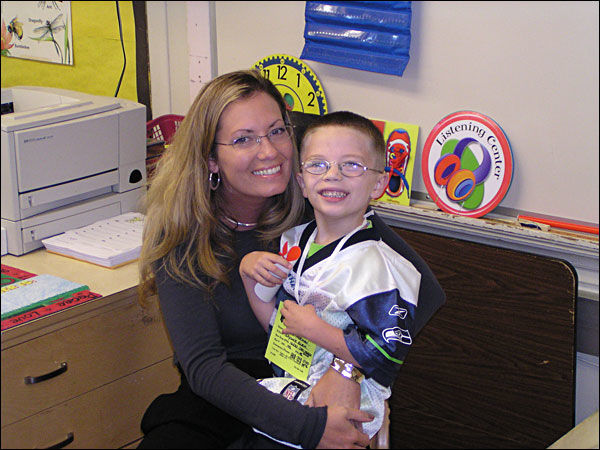 Summary of what we know about this case so far:

A dedicated group of people have been searching for Kyron Horman since his disappearance in 2010.  Many believe his step mother Terri Horman was involved in the disappearance, though no evidence has been found to suggest that as of now.  Terri has never officially been named as a person of interest in the case, and has denied all involvement in Kyron’s disappearance.

Now, twelve years after the disappearance, Kyron’s biological mother is asking the Multnomah County District Attorney to create a specialized task force to solve the case and find out what happened to Kyron.

According to Multnomah County District Attorney Mike Schmidt, the case is still open and being investigated.

Where To Call In Information You Have About This Case

You can get official information about Kyron’s disappearance at the FBI link here.  You can also download the official missing poster with information to hang up around your community here. 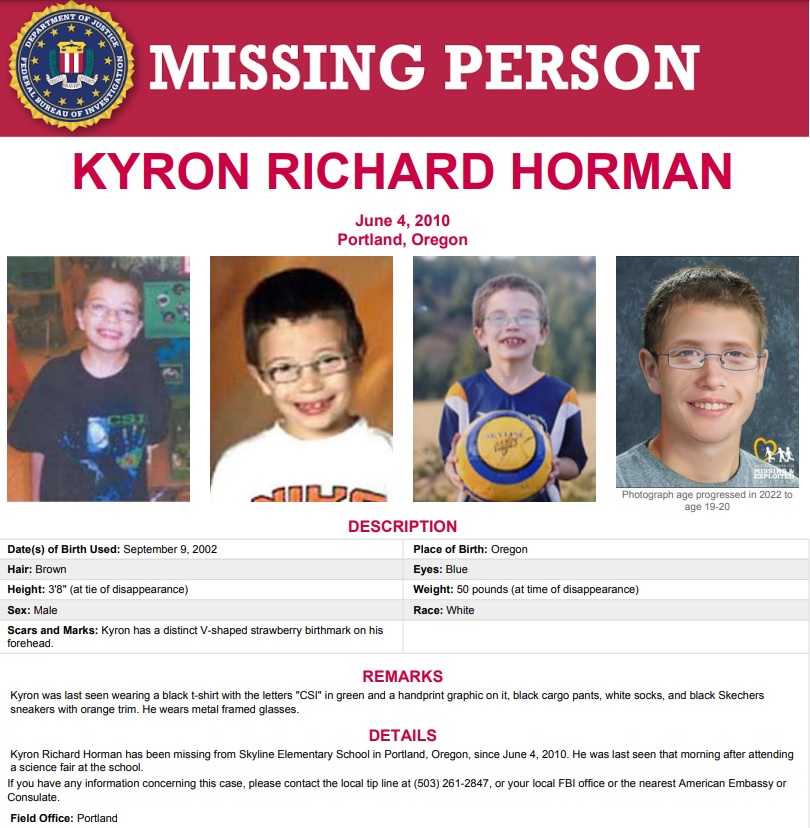 Kyron has brown hair, blue eyes, and has a distinct V-shaped strawberry birthmark on his forehead.

If you know anything about Kyron Horman’s disappearance, if you know where he may be now, or if you have any other information about the case, please contact the Multnomah County Sheriff’s Office.  You can call 503-823-3333 or 503-261-2847 with information.

You can also submit a tip at the National Center for Missing and Exploited Children’s 24-hour tip line at 1-800-THE-LOST.