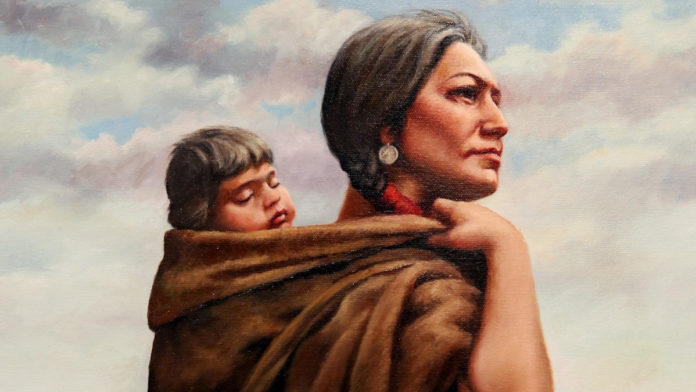 Modern schoolkids can probably name two famous Native American women: Sacajawea and Pocahontas. With good reason. Both were amazing females who more than deserve their place in American History. So why have so few heard of Marie Dorion and her epic journey to Oregon? What of her bravery and insane survival skills?

Who Was Marie Dorion

Joseph Rose of The Oregonian compares her to Hugh Glass in The Revenant, and while I completely agree, I’ll also argue that Dorion’s story is even more epic. Glass didn’t trek through the snow pregnant with two young children, close to starvation. He didn’t give birth on the trail either. 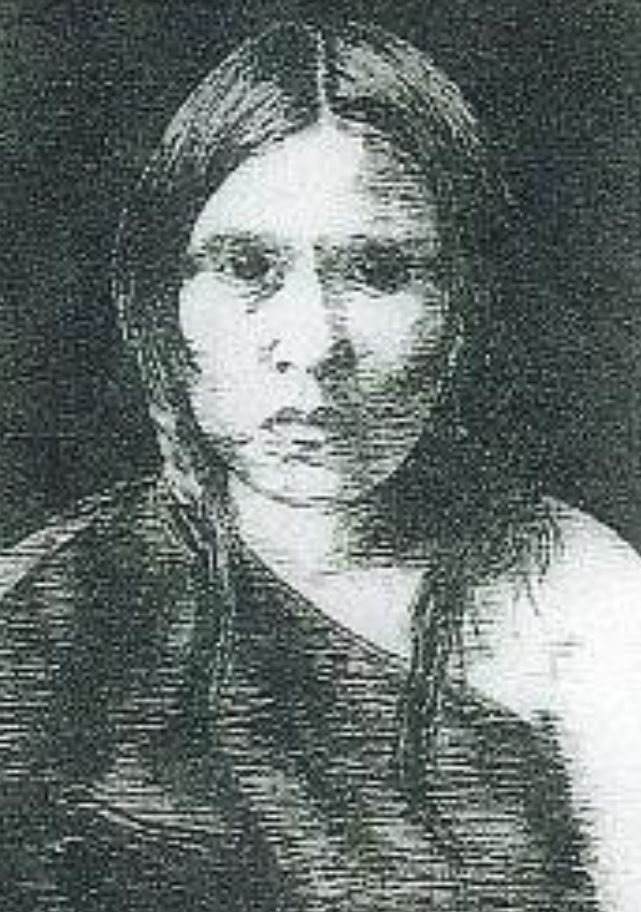 “Madame” Marie Aioe Dorion (1786–1850), “Walks Far Woman” was a member of the Ioway tribe, and the first pioneer woman to cross the country overland and settle in the Oregon Country.

Her husband Pierre was rather a notorious drunk and low-life who had been hired by the Pacific Fur Company to join John Jacob Astor’s legendary Astoria expedition, primarily because he was fluent in a variety of Sioux languages and dialects and could act as an interpreter. 21-year-old Marie wasn’t exactly thrilled about going. She was pregnant, and when she asked Pierre to remain behind was beaten soundly for her “insolence”. The beating was so terrible that she escaped to the nearby woods with her two boys for the night. (One story goes that Marie clubbed Pierre after he hit her, and I’d not-so-secretly enjoy thinking that this is accurate.)

For whatever reasons of her own, Marie DID agree to leave with her husband on the 3000+ mile journey with 62 men, no other women, and too few horses. She was forced to walk most of the way (have I mentioned she was with child?) with her youngest boy strapped to her back in a cradleboard. Food was scarce and the men considered butchering horses to survive. One of their dogs died of thirst before reaching the Snake River which now divides Oregon from Idaho. Marie walked high along the cliffs, able to see the water but unable to get close enough to drink. Some of the men resorted to boiling and eating their leather moccasins for food.

Marie would have been cold, starving, and heavily pregnant by this time.

By December 21, 1811, the party reached what is now known as Farewell Bend, Oregon. The only way to reach the Columbia River at this point is to go over the Blue Mountains. Through the deep snow near what is today Baker City, Oregon, Marie gives birth ALONE on the trail on the 31st. She was expected to almost immediately be ready to travel again and met back up with the men the very next day. Her baby only lived for six days and history never identified it by name or sex, but Dorion called the baby Little Lark and buried it in an unmarked grave. Her sorrow must have been excruciating.

After a harrowing canoe ride down the Columbia in which one man died, the travelers finally reached Fort Astoria on February 15, 1812. Scarcely 18 months later and Pierre and Marie were back on the road with their kids, on a mission to set up a fur-trading outpost near present-day Parma, Idaho. As if the previous journey wasn’t bad enough, things were about to get intense.

While her husband was away at a second outpost, Marie was warned by some Shoshone native friends that a band of local Bannocks, “Bad Snakes”, were burning nearby camps. Fearing for her husband’s life, she packs up her two young boys, loads them on a horse with enough food for a few days, and sets off. Three days through the snow, and she discovers wounded men and the body of her murdered and scalped husband. After hauling the only survivor of the surprise attack back to base camp (only to have him die of his wounds two days later), the scene that awaits her on January 14, 1814 is horrific. Every man in this camp is massacred as well.

At this point what do you do? You’re alone. Your camp is one of corpses. You have two young children, and the supplies you had at camp are either burned or stolen. It’s the middle of winter, and all around you is deep snow and freezing temps.

Marie, being the badass survivalist that she was, struggles through the snowdrifts for nine days before stopping to build a crude hut to shelter herself and her boys (Baptiste, 5 and Pierre Jr, 2). By now she has crossed the Snake River again and is somewhere high in the Blue Mountains for safety. Dorion made 250 miles in 53 days, through blizzards, injuries, and dire hunger. She butchered her horse and caught mice to keep herself and her boys alive. One account describes the last days of her journey:

“When they could go no further, the children’s feet bleeding, Marie burrowed a hole in the snow, lined it with furs, stashed Paul and Baptiste inside, and went for help. She was wandering partially snow-blind when rescued by the Walla Walla tribe and taken to their village. Braves were immediately sent for her sons.”

You now know why Marie Dorion is sometimes called “The Madonna of the Oregon Trail”.

In the following years, she married twice more (her second husband was also murdered), bore three more children, and settled on a farm near Salem, Oregon. Legend has it that Madame Dorion was laid to rest beneath the original log church near St. Louis, Oregon.

Marie Dorion’s story became well known in her lifetime through the published recollections of Astoria pioneers and through Washington Irving’s book Astoria. Since then, sadly her name has been largely forgotten. It’s my dearest hope that through the sharing of her tale we can help resurrect the memory of this stunning, native woman.

Gas Prices in Oregon Average Above $5, Rising Faster Than Anywhere in U.S.