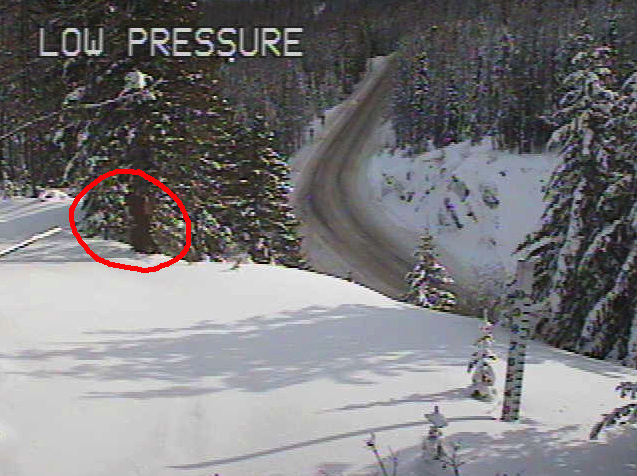 Ah yes. The legend of Bigfoot, the hairy man beast that stands “seven to nine feet tall and weighs between 600 and 900 pounds,” according to the Unnatural Museum of History. Bigfoot has has been making appearances around North America since first being spotted in the 1800s. Bigfoot was originally mostly reported in the Pacific Northwest and Canada. And in case you didn’t know, there have been more sightings of Bigfoot in Washington than anywhere in the United States.

“The most popular places to catch a glimpse include the Blue Mountains, Okanogan County – or better yet, Ape Canyon – the locale of one of the most aggressive Bigfoot encounters ever recorded,” the Travel Channel reported. “In 1924, a group of miners reported being attacked by multiple sasquatch, which allegedly threw rocks at their cabin and tried to break in.”

Also known by the Indian term “Sasquatch” since Native American cultures include legends of an ape-like creature that traversed forests, has struck again. This time, a blurry image of him caught on webcam by the Washington State Department of Transportation, is making it’s rounds on social media.

Sasquatch spotted!!! I’m not superstitious… just a little stitious. Have you noticed something strange on our Sherman Pass/SR 20 webcam before? If you look closely by the tree on the left there looks to be something… might be Sasquatch… We will leave that up to you! pic.twitter.com/RaDGqQdEUF

“Bigfoot is America’s most legendary creature and one that has always inspired more questions than answers,” the History Channel writes. “Could something resembling a massive man-ape really be roaming forests and hiding in the shadows undetected? Whether you believe in Bigfoot or not, there’s something provocative about the idea that we could be living with an unseen monster.”

Could it be real? Did you know Oregon used to have a Bigfoot Hotline? In 1972, you could dial BIG-FOOT (244-3668) in Portland to report sightings of Sasquatch. There’s even a trap set up on this hike here.