Do you believe in ghosts? The Wolk Creek Inn in Wolf Creek is in the south-western part of Oregon, and is listed on the National Register of Historic Places, and is the oldest hotel in the northwest still operating. Guests at the inn have reported unexplained voices, flickering lights, and moving objects among other strange eerie tales.

The Wolf Creek Inn had closed in the fall of 2014 for overhauls of heating, air conditioning and fire suppression systems, and reopened after a major renovation as of May, 1, 2017.

The nearest large city to Wolf Creek, Oregon, is Grants Pass. Wolf Creek Inn was built in 1883 as a stagecoach stop by a man named Henry Smith, who was a pioneer merchant in the 1800s.

This was a popular place for travelers to spend a comfortable night on the then-sixteen-day trip from San Francisco to Portland. Practically every important person found during the early history of Oregon has stayed at the Wolf Creek Inn.

The establishment was originally known as the Wolf Creek Tavern. In those days the term “tavern” was a word that was coined for a hotel that served meals. Not only is it the oldest, but there are many stories suggesting the Wolk Creek Inn is haunted.

Imagine yourself as a traveler along a section of the Applegate Trail in the late 1800s. You have just arrived by stagecoach at the Wolf Creek Inn. This is a long-sought-after refuge from a not-so-comfortable portage over mountains and across valleys. After paying 75 cents for a room, bath, and meals, you’re ready to relax. You sit down to a good meal and some easy conversation with the innkeepers. Afterward, the men sidle off to the taproom for some quaffs of beer while the ladies adjourn to the parlor. The conversation drifts from tales of inspirational beauty to frightful experiences of the trail.

The rooms are no longer 75 cents, but the refuge is still here preserved in its original state. Take a step back in time and visit the inn, which is on the National Register of Historic Places. In front of the tavern, you’ll find interpretive panels depicting life on the Applegate Trail. The inn still provides lodging and meals to the weary traveler.

The inn was built around 1883 for Henry Smith, a local merchant-entrepreneur. Wolf Creek Tavern, as it was known then, was exceptionally well crafted by local sawyers. It served local traffic to mines and stage travelers connecting between Roseburg and Redding prior to the completion of the Oregon and California railroad through the Siskiyou Mountains in 1887.

Wolf Creek Inn is the oldest continuously operated hotel in the Pacific Northwest. It is here that Jack London completed his novel Valley Of The Moon. As an important stop on the 16 day stagecoach journey from San Francisco to Portland, the Wolf Creek Inn has housed practically every important person found in the Northwest during the early history of Oregon.

Back in the early days of movies, the Inn became a refuge for beleaguered actors seeking an escape from demanding Hollywood studios. Clark Gable was a good friend of the innkeeper in the 1930s and stopped by several times while fishing the Rogue River just a few miles west of the Inn. Other visitors that have signed the guest register include Carole Lombard and Orson Wells.

Between 1975 and 1979, the Inn was acquired by the State of Oregon and restored. Wolf Creek Tavern is listed in the National Register of Historic Places.

Besides weary travelers, this stately guesthouse also plays host to a variety of hauntings. The haunted tales have even caught the attention of amateur ghost hunters as well as paranormal experts at the famed 1913 Pioneer Saloon in Nevada.According to some, a man known as Jack London loved the inn so much he has stuck around even after his death in 1916.

Past guests report encountering London’s apparition in the room where he once slept. Guests say to have heard his disembodied voice at the inn. London is said to have loved the inn so much, he even spent an entire summer there with his second wife. During this time, he finished his novel Valley of the Moon. The room where London slept has been preserved much as it would have been during the author’s visits in the early twentieth century. 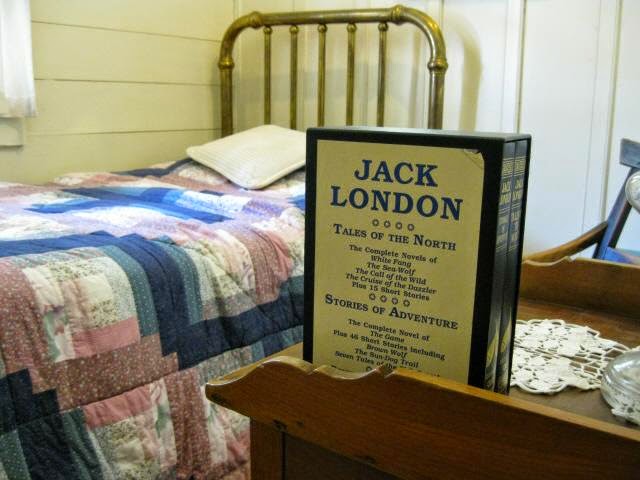 Many celebrities stayed here in the early 1900s, including Clark Gable, Orson Wells, Carole Lombard, and others. John Wayne even rented a room here while filming Rooster Cogburn.

Each of the nine guest rooms at the Wolf Creek Inn includes a private bath. The inn’s landscaped grounds stretch to nearby Wolf Creek, with picnic tables available for public use. 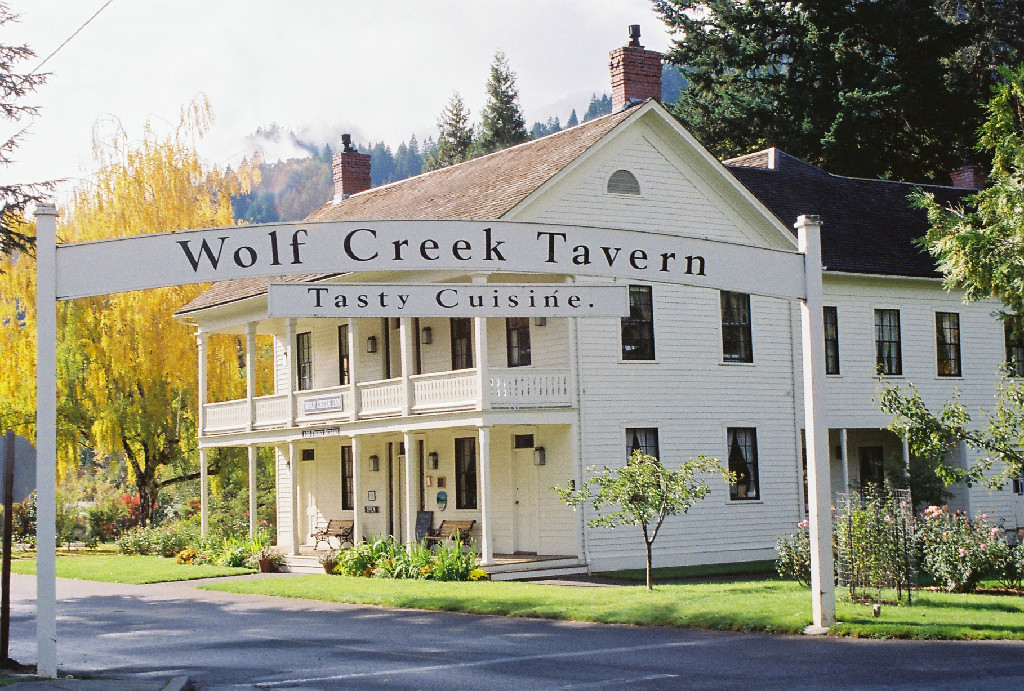 You will find this gorgeous historic inn at 100 Front Street, Wolf Creek, Oregon. Just 20 miles north of Grant’s Pass Oregon, 1/4 mile off I5 at exit #76, in the little village of Wolf Creek.