George and Versa Boyington ran a small hot dog stand on the beach, selling the dogs to tourists and locals alike. When coastal rains inevitably came and ruined the buns, George came up with the idea of cooking a “bun” as needed. He created a pancake-batter-based mix and the duo came up with the original “Pronto Pup” formula still used today. The Pronto Pup made its big commercial debut from a fountain shop window owned by the Boyingtons in Portland, and it was an immediate success. While a few other places across the country claim to be the birthplace of the corn dog, no claims predate the Boyingtons’ Rockaway Beach invention.

You can still visit The Original Pronto Pup at 602 S. Highway 101,
Rockaway Beach, OR. 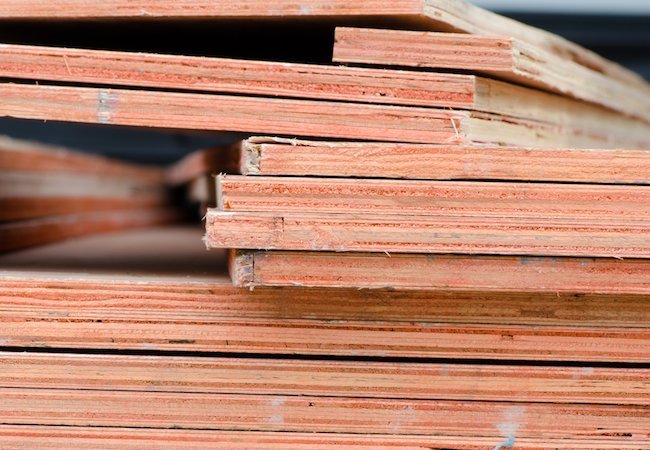 Plywood actually has ancient roots. Archeologists have found traces of laminated wood in the tombs of the Egyptian pharaohs, and a thousand years ago, the Chinese shaved wood and glued it together for use in furniture. The industrial wood as we know it today only became a thing because of the 1905 World’s Fair in Portland. Box and barrel maker Portland Manufacturing Company came up with a method for laminating thinly lathed wood together using paintbrushes and glue, then securing them together with pallet jacks. The exhibit was a hit. By 1907, production had soared to 420 panels a day and an entire industry was born.

The origin of tater tots began in the early 1950s. Two brothers, Nephi and Golden Griggs, worked on their family’s farm selling corn and potatoes and created the company Ore-Ida (a mashup of “OREgon” and “IDAho”). However, there was one major production issue with the machinery that sliced the potatoes into fries. They had trouble separating the fries from fragments and created slivers of irregularly shaped potatoes. The brothers were left with lots of leftover potato scraps. Where would they all go? After smashing and smushing them together, they formed small, bite-sized nuggets of potato parts. And then, the magical tater tot appeared!

The Eastern Oregon town of Ontario even has its own annual Tater Tot Festival, celebrating the birthplace of this humble, salty, golden treat. 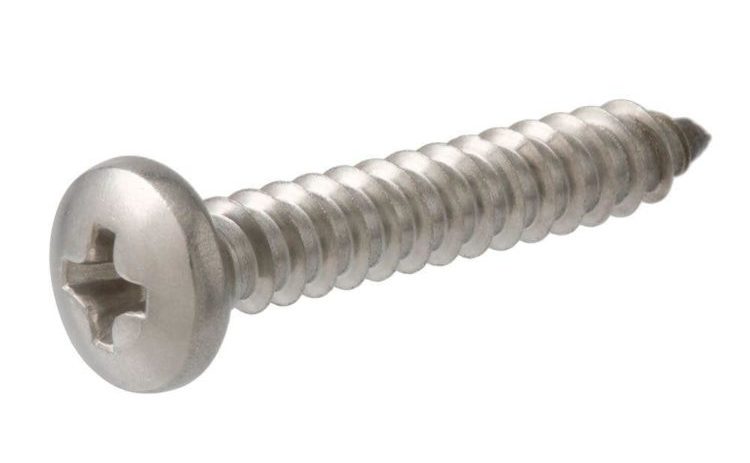 Little is known in the history books about Portlander John P. Thompson who has been variously referenced as a bank cashier, laborer, and auto mechanic. What we do know is that he set out to revolutionize manufacturing. The automobile industry was in full swing despite the Great Depression, and companies needed screws that could withstand greater torque and provide tighter fastenings. The aviation industry eventually jumped on this novel invention as well, as it was compatible with the automated screwdrivers used on assembly lines. For reasons unknown, Thompson transferred his patent rights to local mining company director Henry Phillips. He in turn formed the Phillips Screw Company in Portland in 1933 and soon persuaded E.E Clark, the president of the American Screw Company, to manufacture the screw. The first industrial customer was General Motors, which used Phillips screws to build Cadillacs in 1937.

In July 2017, Marionberry pie was declared the Official State Pie of Oregon, and it’s easy to see why.

In 1956, USDA horticulturalist George F. Waldo was looking to create a berry that was sweet and juicy but also produced well in the Willamette Valley climate. He took an Olallie variety blackberry and crossbred it with the Chehalem, then waited to see what would happen. The result was a cultivar that produced more fruit and ripened faster, and its “fruit quality has been generally superior to that of both varieties.” Even though it was initially developed in Corvallis with cooperation from OSU, the plants were extensively tested in Marion County which led to the naming of the delicious Marionberry.

Today we can thank George Waldo for our out-of-this world Marionberry pie, jam, yogurt, cobbler, candy, ice cream, cheesecake, and preserves. A tip of the hat to you, sir.

The original Gardenburger is now owned by the Kellogg Company but make no mistake. It’s a solely Oregon invention. In the early 1980s, Paul Wenner owned The Gardenhouse, a vegetarian eatery in Gresham, Oregon, but he was faced with a common problem: what to do with the leftovers? One day he decided to experiment with a mixture of vegetables and rice pilaf. He added a few ingredients, smooshed the mixture into a loaf, and served it to customers as the “Garden Loaf Sandwich.” Thus was the forebearer of the Gardenburger, which is now available in every Costco, grocery, and health food store in the country. More than 4 Billion have been sold and enjoyed in the years since Wenner mixed up his now-famous veggie patty.

Thanks to our followers for supporting us by reading our articles! Let us know your favorite Oregonian-created products in the comments.