Today marks the 321st anniversary of a massive 9.0 earthquake along the Cascadia Subduction Zone off the Oregon coast.  This earthquake struck on January 26th, 1700 and sent a tsunami across the ocean where it reached Japan and destroyed a village.  Scientists know another quake is coming, and are predicting it will happen in the next 50 years.  As we look back on this historic event from 1700, it’s a reminder to be prepared for a future quake off the Oregon coast.

The 1700 quake happened in a time before written records were being kept in the Pacific Northwest, but the First Nations people on Vancouver Island who experienced the quake kept an oral tradition of the event.  The people of Japan also kept a detailed and accurate record of the tsunami that hit them, which allows historians and scientists today to know the size of the tsunami and the time it hit Japan.

This massive 1700 earthquake happened on the fault line known as the Cascadia Subduction Zone which runs from Vancouver Island to Northern California, and left a geological record that confirms the size and date of the quake.  The earthquake caused the coastline to drop several feet, and drowned coastal marshlands and forests which were then covered in younger sediments.

From this geological record, scientists have been able to determine that the 9.0 earthquake of 1700 wasn’t unique and that it had been repeated many times over hundreds of years.  Evidence suggests that along this fault line, 13 different massive earthquakes have occurred in the last 6,000 years.

There have been no major earthquakes along the Cascadia Subduction Zone since 1700, and pressure has been building up since then where the Juan de Fuca plate is moving under the North American plate.  The current predictions state there’s a 37 percent chance that a 7.1 or higher magnitude earthquake will happen along this fault zone in the next 50 years.  When a quake of this magnitude happens along the Cascadia Subduction zone again, it will be felt across the Pacific Northwest, and will not just affect those living along the coast.

This one hour OPB documentary details what Oregonians and the Oregon government needs to do to prepare for the next massive earthquake off the Oregon coast, and how we are not currently prepared.  It also covers how scientists are tracking the pressure that is building up along the Cascadia Subduction Zone: 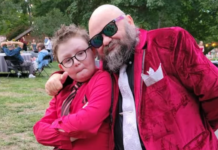