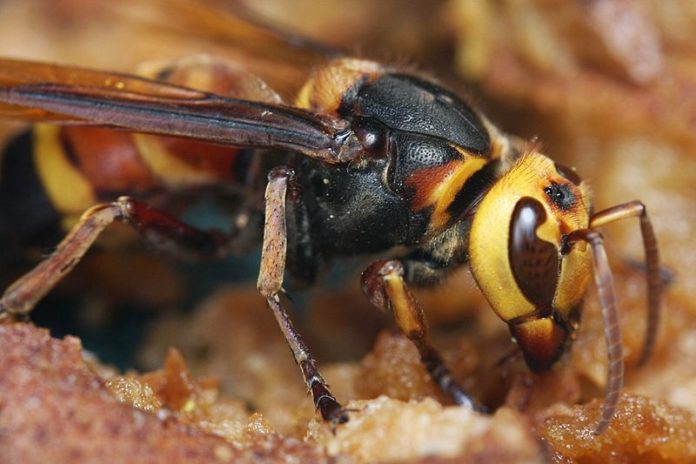 There’s never a dull moment in the northwest these days, is there? If things weren’t exciting enough for you as we head into the weekend, and the first day of August, we thought we’d heat things up a bit with this latest report from KOIN 6.

The Washington State Department of Agriculture apparently has trapped its first Asian giant hornet, in a bottle trap that was set near Birch Bay in Whatcom County. So-called ‘Murder Hornets’ were first spotted in the state in 2019. The hornet, according to the news, was found July 14 and sent to its entomology lab in Washington, D.C. The hornet was identified during processing on July 29, and work is continuing to determine whether it’s a queen or a worker.

WSDA’s next steps are to search for nests using infrared cameras and place additional traps in order to catch live Asian giant hornet specimens. WSDA Pest Program staff will deploy special traps intended to trap hornets but keep them alive. If they catch live hornets, the department will attempt to tag and track them back to their colony. Once located, the agency will eradicate the colony. 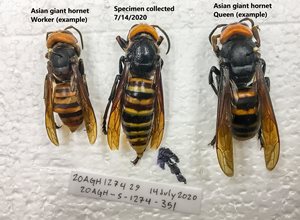 “This is encouraging because it means we know that the traps work,” Sven Spichiger, managing entomologist for the department, said in a Friday news release. “But it also means we have work to do.”

The hornets are not only the largest in the world at nearly 2 inches long, they are also said to be capable of slaughtering an entire honeybee colony in a few hours. Their excruciating stings kill an average of 30 to 50 people a year in Japan.

People can build and set traps on their property, report sightings online at agr.wa.gov/hornets or submit questions to the WSDA Pest Program at [email protected] or 1-800-443-6684.