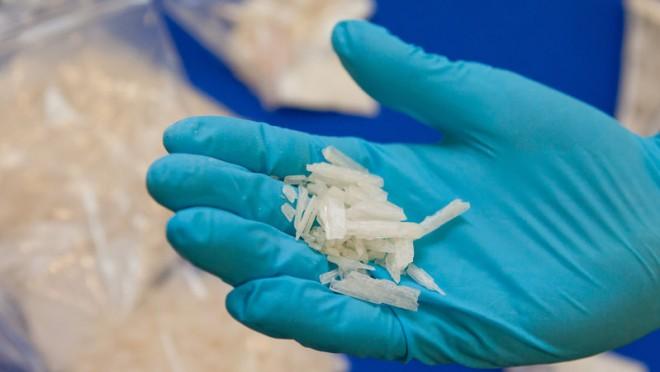 PORTLAND, OR — Health experts have today warned that meth found on the streets of Portland has tested positive for gluten, a protein composite normally found in several types of grains, including wheat, spelt, rye, and barley.

Action on Gluten has been set up to help meth users avoid “hidden gluten”, and to get drug dealers to offer a much safer gluten free meth for the tweaker communities of Oregon.

The organization believes they can successfully eliminate gluten from meth completely within a year, ensuring a much cleaner form of crystal and a brighter future for children who love meth.

Action on Gluten spokesperson Simon Krueger explained, “Gluten is not only dangerous, but also highly addictive. When added to meth, an otherwise fairly safe drug, the consequences can be deadly.”

“While the majority of drug dealers are honest, hard working, and have compassion for their consumers, unfortunately a handful of dealers are ruining the party for everyone as they are sneaking the poisonous gluten into their product.”

“As a result unsuspecting users are sniffing meth, not even realizing they are actually also sniffing gluten.”

“We just want Oregonians to be aware of the facts about gluten, and to realize that just their meth may not be as clean as they thought.”

According to one study, over 80% of people don’t even know they are sniffing gluten meth. Tweakers in Oregon have reacted with shock at the gluten revelations, insisting they will be more careful about who they purchase their chunky white crunch from.

Tweaker Arnold Warren told us, “I’ve lost so much weight recently, and all my teeth are falling out. I was really concerned as to what the f*** was happening to me, but now this explains it.”

Warren also shared with That Oregon Life he plans to live a more healthy lifestyle, and his new year resolution for 2016 includes being a gluten free tweaker.

Due To Large Crowds, Oregon State Parks To Close Monday