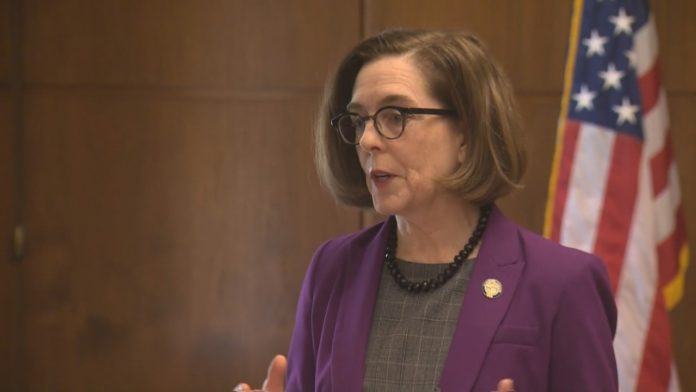 Governor Kate Brown is currently live, starting her press conference at 10 a.m. on Thursday to announce which counties can begin entering Phase 1 of reopening on May 15.

Last Friday marked the first day that Oregon’s 36 counties could submit plans to gradually reopen in the wake of Gov. Kate Brown’s March 23 stay-home order by demonstrating they can meet seven public health criteria. By Wednesday, 33 counties had applied. At least 17 counties have reported since late Wednesday night that they received approval from Brown, including Deschutes, Lane, and Jackson counties, according to announcements and news reports. She will be joined by representatives from the Oregon Health Authority.