Seemingly almost overnight, not only is the whole world short on toilet paper due to the coronavirus, but everything from concerts to the NBA season and NCAA tournament are being canceled.

According to the latest, Disney is temporarily closing its theme park in California March 14. The article says Disneyland will be closed at least until the end of the month, as the novel virus quickly spreads across the United States. Disneyland Resort hotels are expected to remain open until March 16, allowing guests to make any necessary travel accommodations.

At the time of writing this, Disney World in Orlando Florida remains open to the public.

“While there have been no reported cases of COVID-19 at Disneyland Resort, after carefully reviewing the guidelines of the Governor of California’s executive order and in the best interest of our guests and employees, we are proceeding with the closure of Disneyland Park and Disney California Adventure, beginning the morning of March 14 through the end of the month,” Disney said in a statement. “The Hotels of Disneyland Resort will remain open until Monday, March 16 to give guests the ability to make necessary travel arrangements; Downtown Disney will remain open. We will monitor the ongoing situation and follow the advice and guidance of federal and state officials and health agencies. Disney will continue to pay cast members during this time.”

The company added, “Disneyland Resort will work with guests who wish to change or cancel their visits, and will provide refunds to those who have hotel bookings during this closure period.”

Just yesterday, Oregon Gov. Kate Brown has announced any events or gatherings with 250 or more people will be canceled for the next 4 weeks. Tool, who was expected to perform in Eugene at the Matthew Knight Arena has also canceled their show following the announcement.

TOOL concert at Matthew Knight Arena: The band and the venue announced the show will be postponed from March 12 until a later date to be determined. “The band was eager to play this show and are working to reschedule it. The remainder of the previously announced North American tour dates are currently unaffected,” said a Facebook post made by TOOL at 10:20 a.m.

For a list of more closures in Lane County hit the link here to read more. An online petition calling on University of Oregon President Michael Schill to close the Eugene campus surpassed 4,000 signatures on Wednesday.

A Lake Oswego elementary school employee reported Feb. 28, contracted Oregon’s first apparent case of cornavirus, leading to the closure of the 430-student school. At the time of writing this, 3 new cases of coronavirus, also known as COVID-19, have been found in Oregon, bringing the state’s total to 24. The Oregon Health Authority (OHA) made the announcement Thursday afternoon, adding that Clackamas County has seen its first case – a man between 35-54.

We mostly expected this to come to Oregon as California Gov. Gavin Newsom on Wednesday called for gatherings with more than 250 people to be canceled or delayed in an effort to halt the transmission of Cornavirus. Washington state has done the same. Social distancing of at least six feet per person is also being encouraged by officials to help curb the virus.

OHA continues to recommend that all people in Oregon take everyday precautions to prevent the spread of many respiratory illnesses, including COVID-19 and influenza: 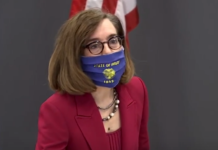 Gov. Brown Wants You To Call Police On Your Neighbors Who Don’t Obey COVID-19 Orders 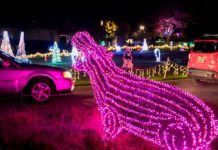 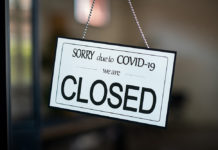 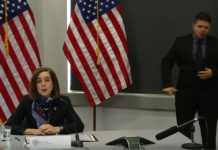 Kate Brown orders restaurants, gyms, and more businesses to close to public in light of Covid-19 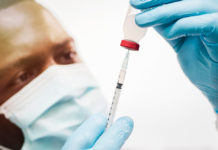 Oregon Among States Preparing for Largest Vaccination Program in US History