Sometimes I come across something that’s just too bizarre not to write about, even if it didn’t happen here on the west coast. But could it be a relative of Bigfoot? Recently, on May 16, a mysterious animal that’s puzzling wildlife experts as to exactly what it is, was shot and killed just outside of Denton, Montona on a ranch. According to various news reports, a rancher shot the canine because it was trying to eat his livestock in the small town of Denton.

It looks very similar to a wolf, sharing a lot of the same characteristics, but the ears are much larger and its legs and body is a bit too short.

The animal also appears to have an extra-large head, with oddly long grey fur and oversized claws.

Some on social media have theorized the animal is a “dire wolf” — an extinct sabre-toothed canine that once roamed North America. Others have even gone as far as to say it’s a real-life werewolf.

“We hope they used a silver bullet. We’d hate to be there when it woke up!” wrote @AllThingsHaunt, the only known weapon that can take out werewolves in folklore.

@joerogan @JamieVernon – I’m pretty sure they shot a werewolf or Big Foot’s baby in Montana.https://t.co/9WeILtyt92 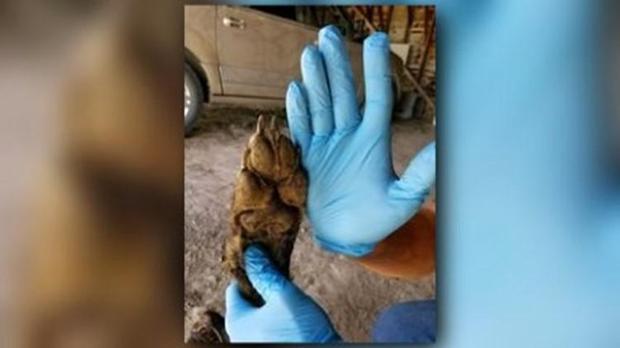 While it could take weeks or even months to identify the strange creature, DNA samples have been extracted from the animal’s cells. 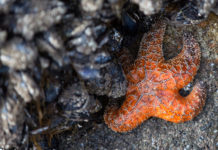 2022 Oregon Whale Watching Season Kicks Off With Orcas Near Brookings