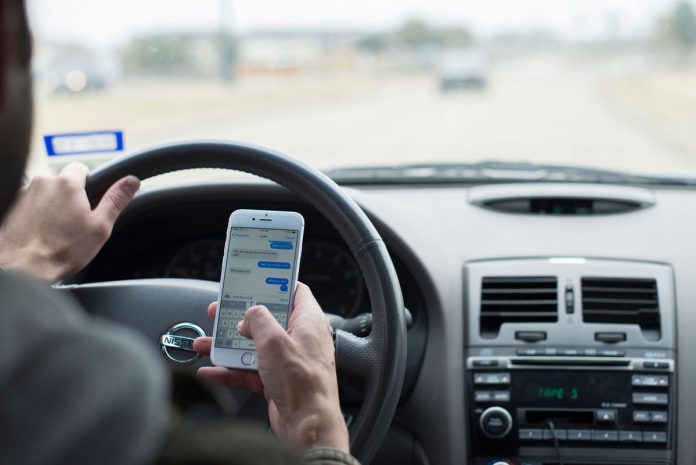 Currently, under Oregon law you are allowed to use your cell phone while driving, as long as it’s not used for texting or making calls. But starting October 1st, not only are drivers not allowed to use any electronic device, simply touching the damn thing can get you pulled over. This includes using built in maps, social media, or whatever else you are tempted to use while behind the steering wheel.

“If it’s something that’s not two-way communication, it’s allowed by law,” Speldrich said. “But we know, common sense tells us it’s not any safer to check your bank statement than it is to be texting while you’re driving down the road.” Springfield Police Officer Tom Speldrich told KMTR.

When the law kicks in, aside from quickly touching or swiping to turn something on or off, drivers will not be allowed to touch a mobile electronic device. So how does an officer determine whether or not you were touching your phone to turn something off? We’re not really sure, to be honest. According to the news, even having your phone in your lap can get you a ticket. The news goes on to remind you that even using your device at an intersection while stopped is illegal as well and can get you slapped with a $1,000 fine in Oregon. If you get caught the second time, the violation could mean up to $2,500. A third violation can even land your ass in jail.

For those of you wondering if Bluetooth will be an option, according to one report hands-free will be the only legal use of a cell phone as of the bill’s Oct. 1 effective date. As far as ham radios go or communications say between a wide load and a pilot car, as long as the equipm

According to one report, Oregon has seen a 58 percent increase in driving deaths since 2013. In 2016, it’s been reported 495 people died on Oregon’s roads.

Oh, and as you might expect police officers and emergency workers are exempt from the law.