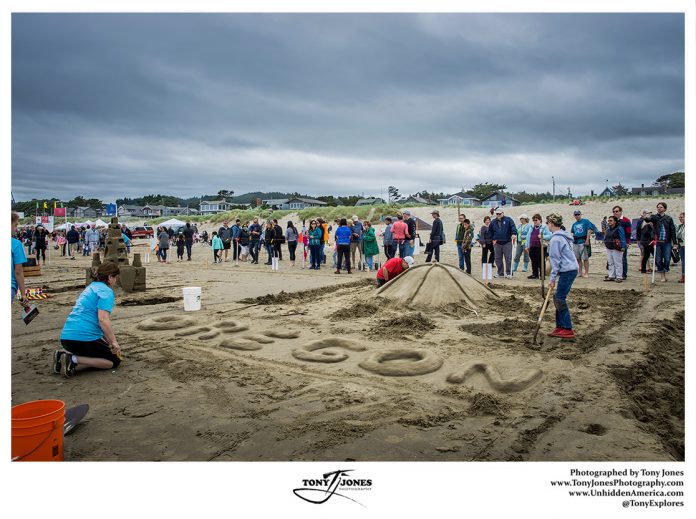 When I was 6 years old I broke my leg. Jay kay. Long before that beautiful redhead crooned that wildly popular song this was a competition, the oldest of its kind in the Pacific Northwest. Cannon Beach once again hosted it’s most popular event that began in 1964. A tsunami washed out the Elk Creek Bridge and the local residents were isolated until a new bridge could be built and with the internet 19 years away from being born, that spring local families came together for a sand castle contest to entertain themselves and the kids. 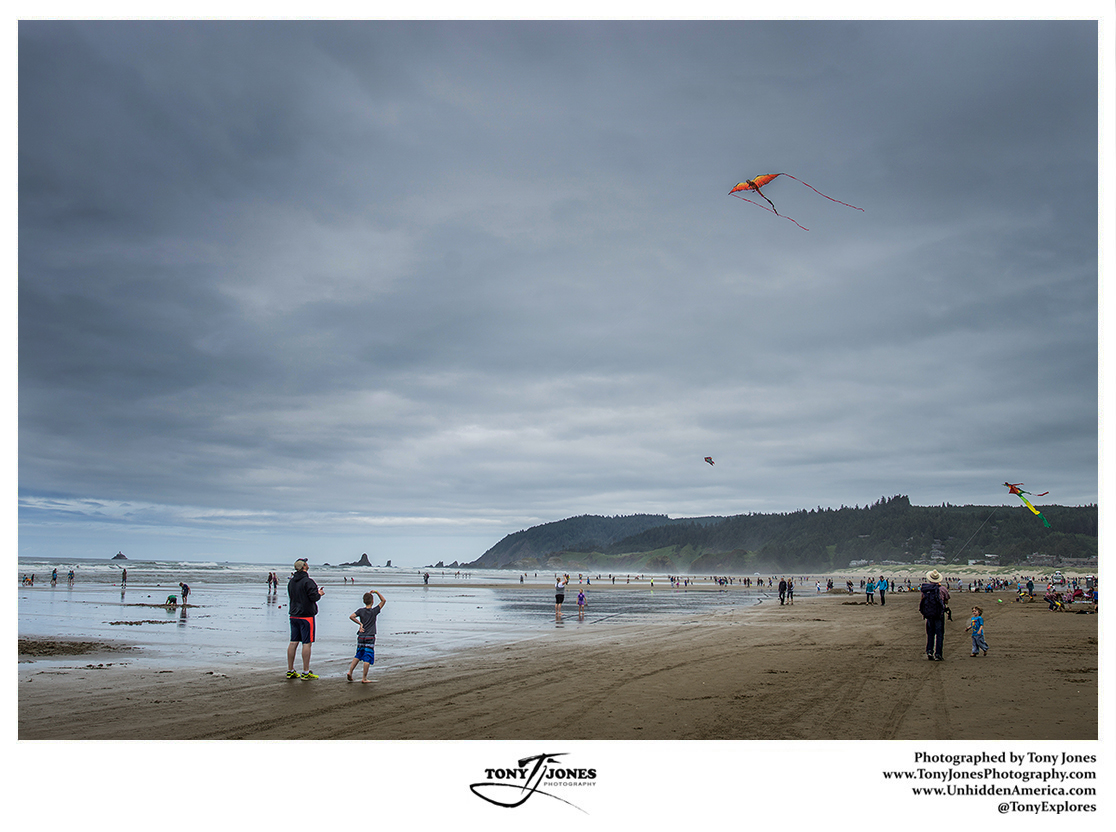 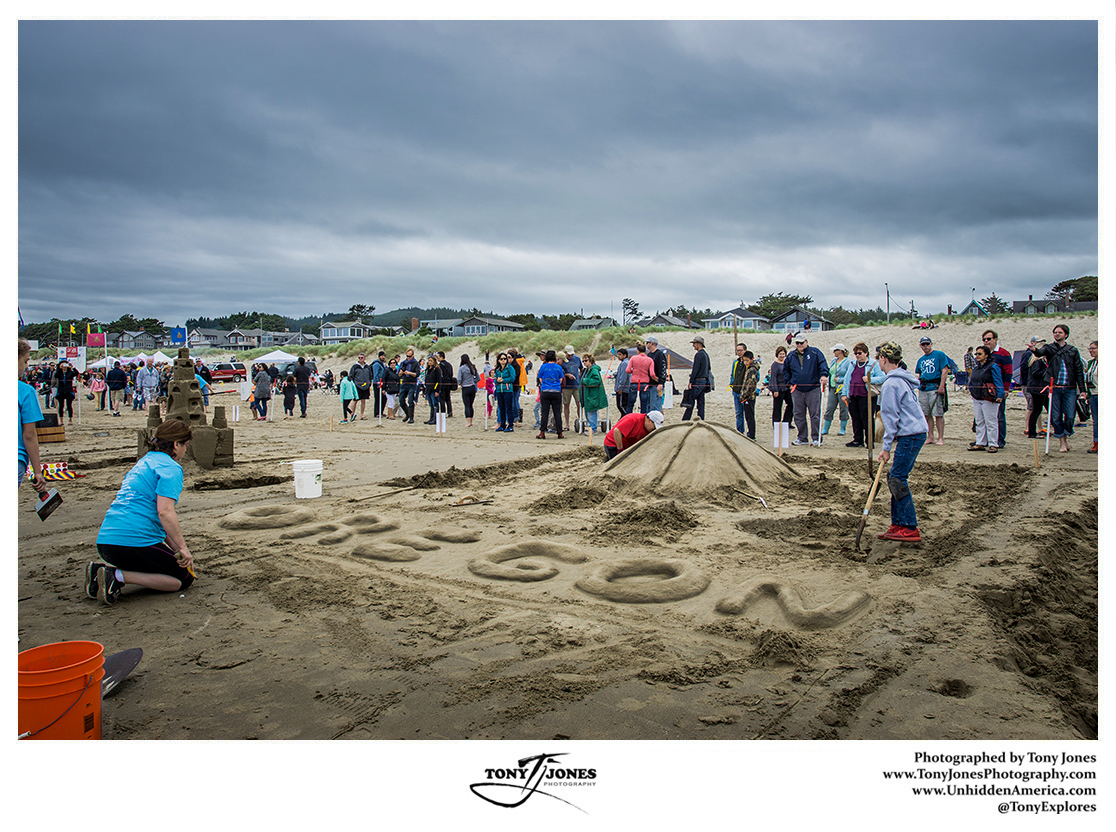 I’ve been to Cannon Beach one other time and that was deliberately to photograph Haystack Rock because if you’re going to do tourist stuff you might as well do the MOST touristy stuff, level 10 stuff, and so this was a treat to get to go back to Clatsop County and spend the day around one of the most beautiful landmarks in Oregon. For those that don’t know, Haystack Rock is a staggering 235-foot sea stack, and so it makes for a gorgeous backdrop for this family event. By my calculations there was approximately the entire population of Oregon in attendance, give or take a few. All hyperbole aside it was the most amount of people I’ve seen in any one place in this state outside of downtown Portland. 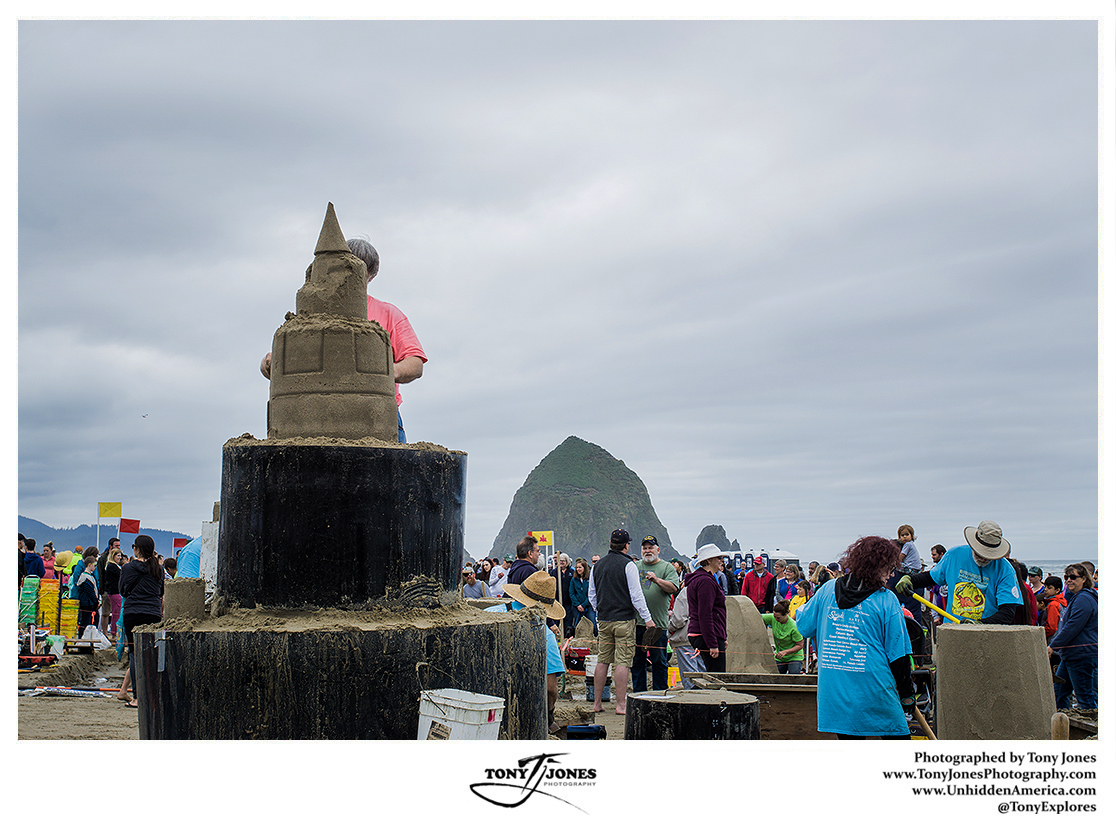 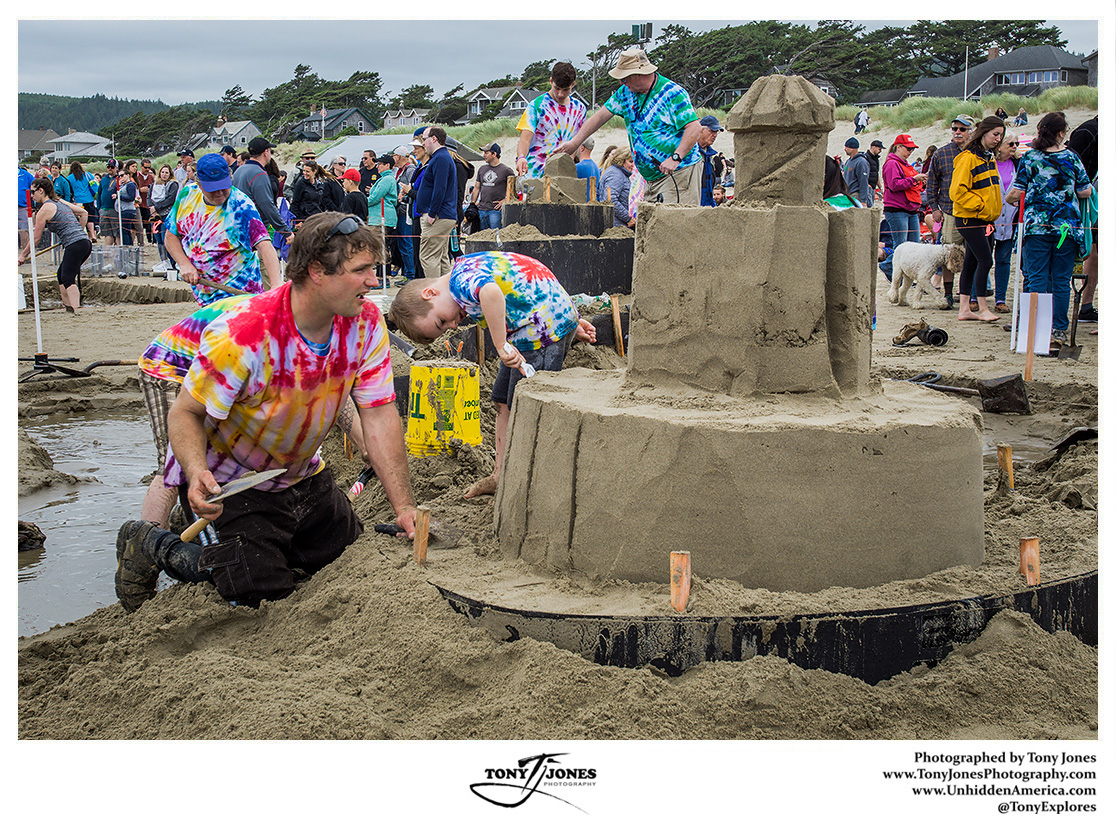 Walking around viewing the exhibits can be a hassle as everyone wants upfront for a view and as I filmed my video for this article and walked along there were some that saw me coming and still wouldn’t go behind me making it difficult to film without having large bodies in front of the lens at different times. I even had some people step right in front of me to get pictures as I have my camera up to my eye for my own picture. The lack of self-awareness when in public is astonishing some times, and I don’t mean that just for me but for everyone that had that happen. I was mindful of everyone because I still feel like a guest in this state even though I live here and have for almost a year now. 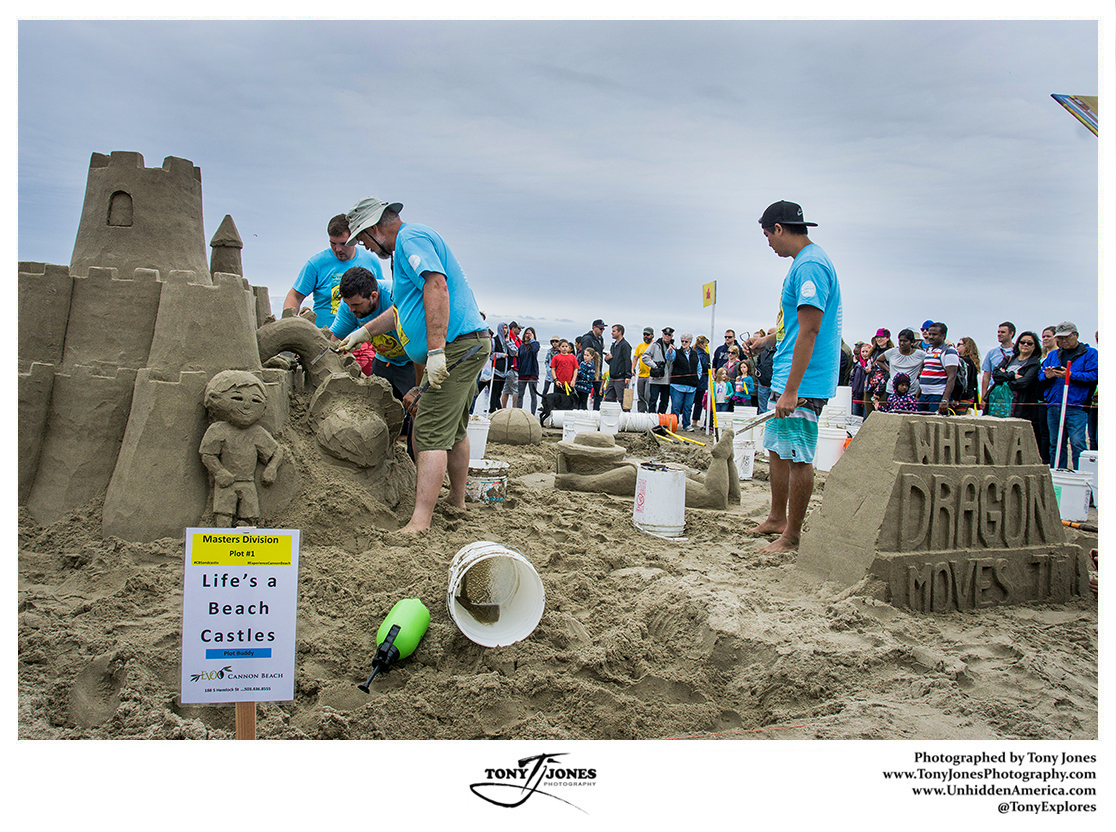 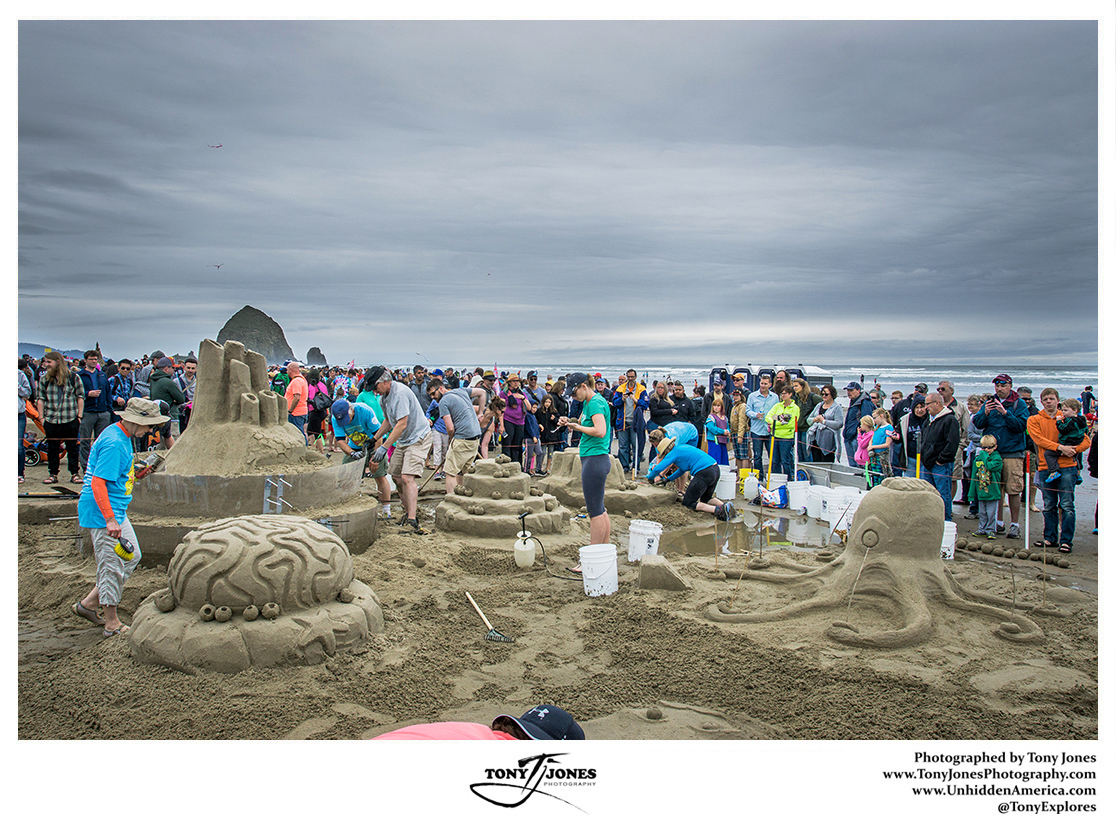 The extreme talent that was there was amazing. They’re whittling sand and I can’t even draw a passable stick figure, you would think my stick figures are just oddly shaped number 11’s. Each of the teams were given a plot of sand within a designated area and sand may not be added or removed, just what they have. Only natural materials found on the beach can be used such as sticks, shells, rocks, and seaweed. No artificial coloring, paint, flour, sugar, starch, adhesives or cement. I have written out special instructions for my pizza delivery and had to delete and start over so I know this isn’t something I would feel comfortable with doing. I was impressed by all the contestants. 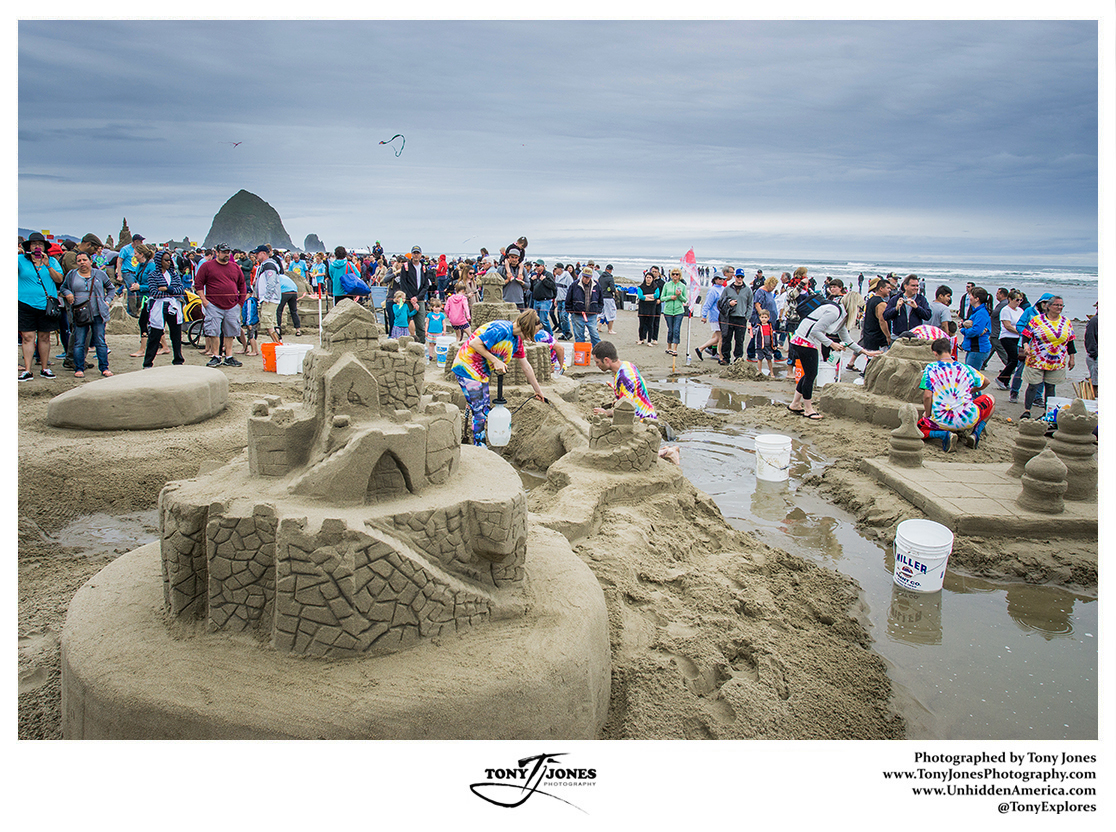 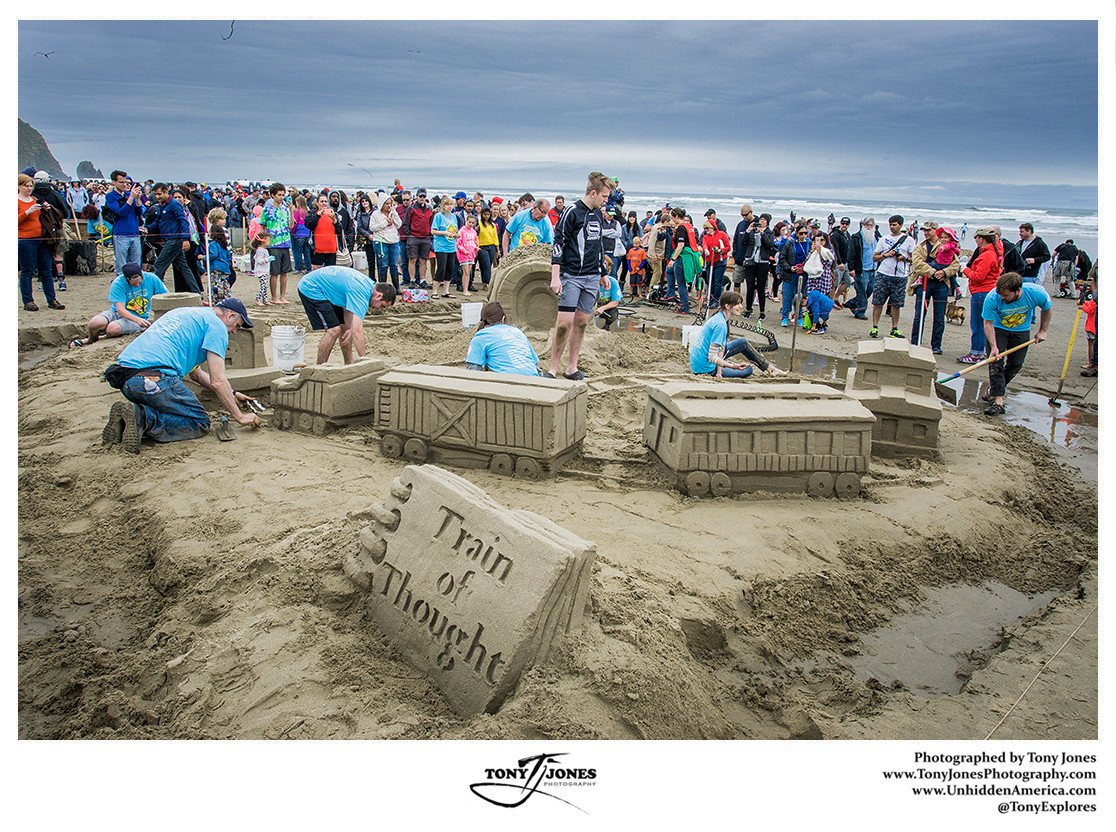 During the 2nd hour of the contest the first kid of the day went missing. They stopped the music, gave out a description of a 5 year old child named Annabelle. According to officials this happens everywhere but ultimately most of them are returned within a few minutes. Through out the day a few more kids go missing for a bit before being brought back, including one kid that went to the stage to alert officials that it was the parents that went missing. There were thousands of people so the idea of your child going missing absolutely terrifies me. 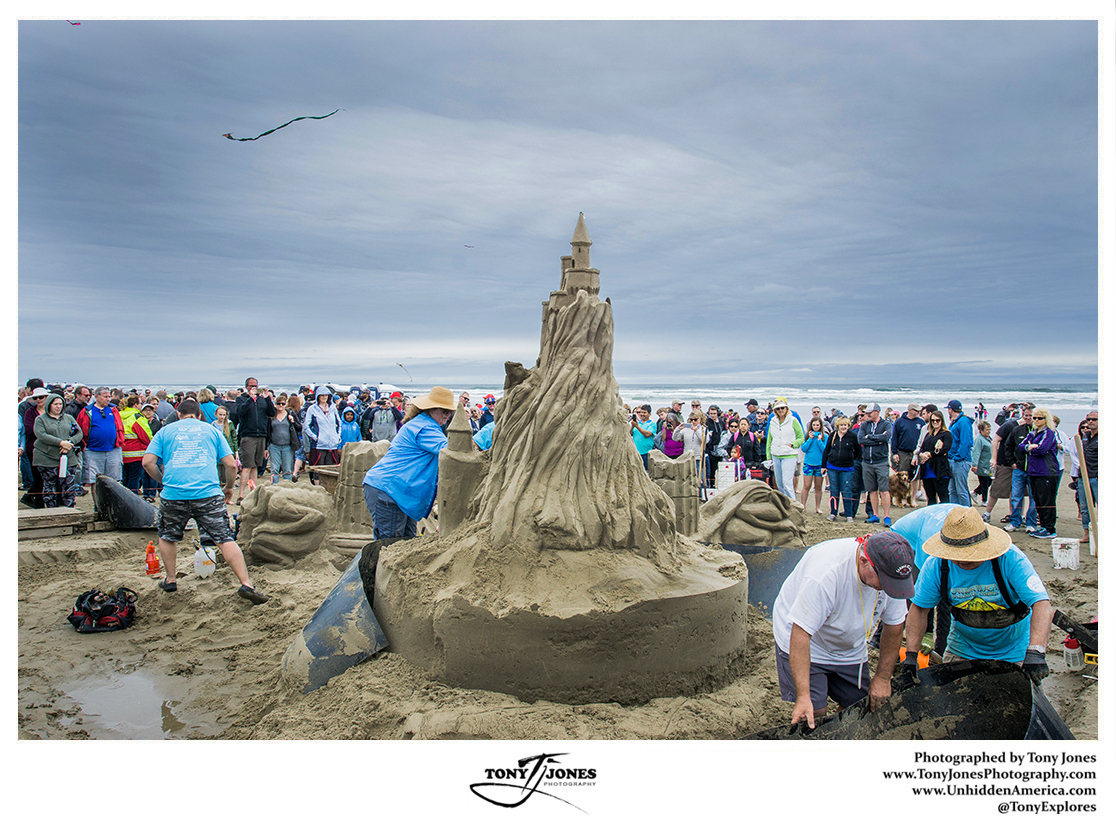 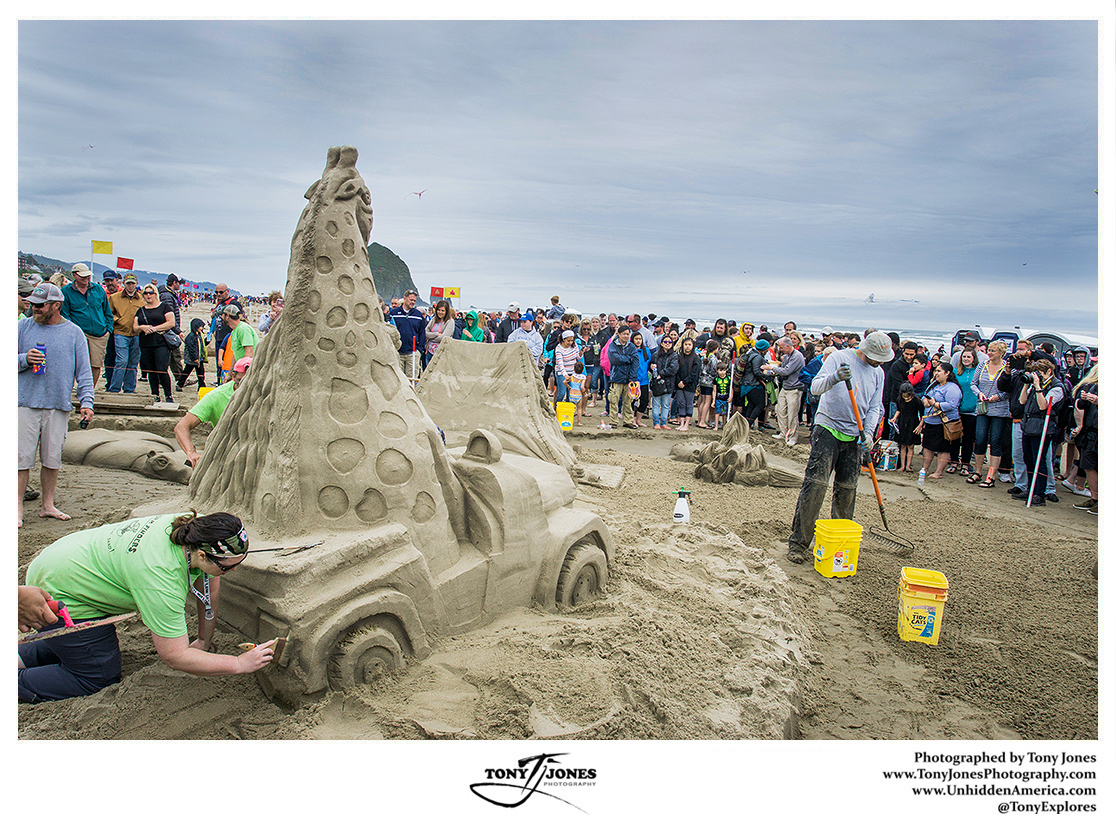 It’s hard to tell whether the participants or the spectators enjoyed this event more. It all began just after the early morning high tide with cars piling on the beach just to the north of Haystack Rock, and ended as the next high tide reclaimed the beach. The winners for the contest were:

I caught up with Steven White from The Gooners, it was their first year doing it and started at 10am and got done right at 3pm. White, a local Portland native, and his family of 8 came in 3rd in the Large Division, and said they will definitely be coming back next year. 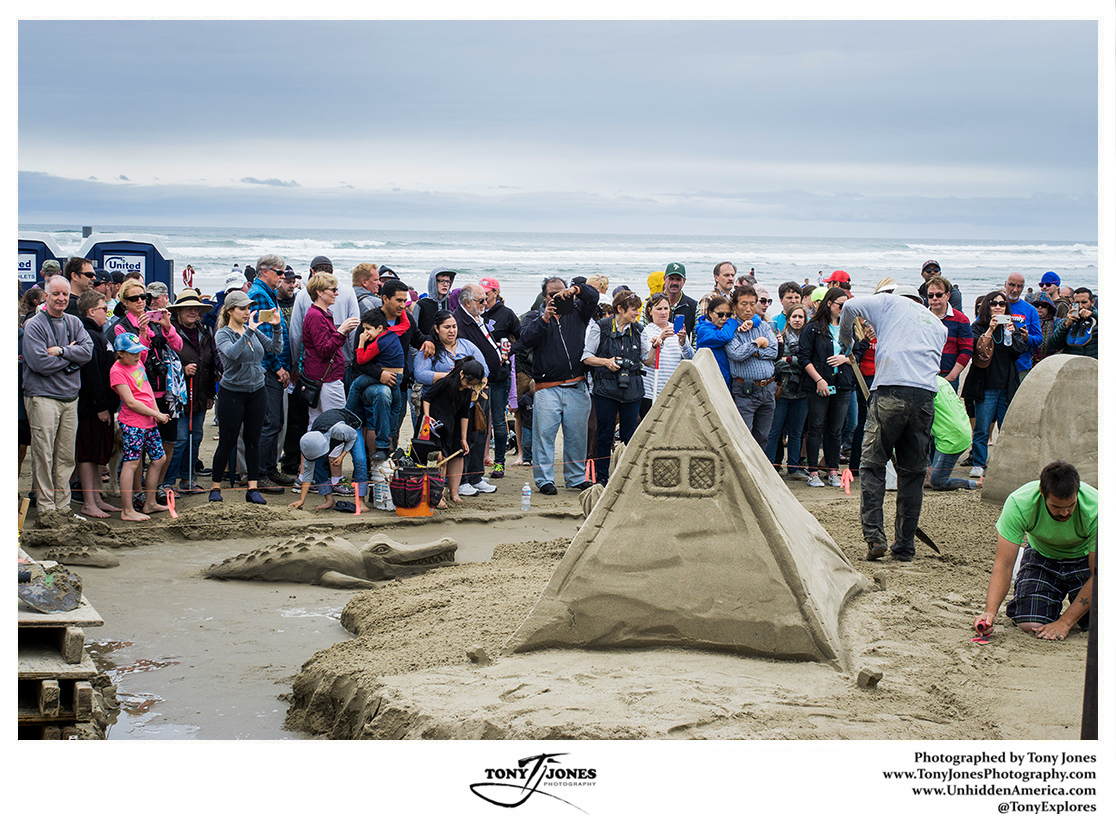 I walked around the beach for a solid 5 hours, clocked in a few miles, wore my hiking shoes down to a nub, walked barefoot until the hard sand hurt my feet, put my shoes back on and got a blister, got a tan line around my forehead from wearing a hat, but I got some great pictures, met someone fun people, saw a lot of smiling faces, a beautiful landscape and I experienced something truly unique and for that I consider everything a positive.  I recommend everyone to go at least once and have some fun as it costs nothing to go and they do sell snacks but they don’t break your bank like most events do. I only paid $2 for and a bottle of water and bag of chips.

If you’ve been to this event I would love to hear what your thoughts are! Cannon Beach is one of the most popular spots on the Oregon coast and it really shows why. Thanks for reading, I hope to hear from you!