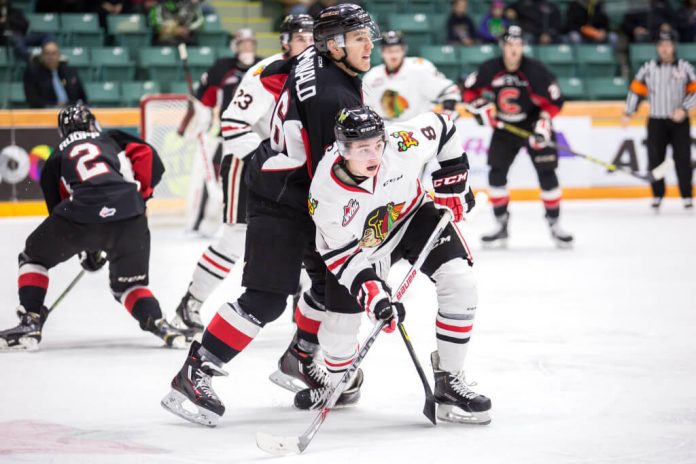 After doling out their team awards this past Sunday during their last regular season home game, the Winterhawks have some more hardware coming their way. Head Coach, Mike Johnston, received the WHL’s Western Conference Coach of the Year. Johnston also serves as the team’s Vice President and General Manager.

Johnston is in his second stint with the Winterhawks, and this season led the team to it’s seventh 40-win season in the last eight. While the team started a bit slowly, they gelled as it went along, and are finishing strong as they enter the playoffs. Johnston will also be considered for WHL Coach of the Year, which will be announced May 3rd.

Congrats to our very own @Cody12Glass, selected as a First-Team Western Conference All-Star! https://t.co/d0ph5ebBe5

The honors did not end there. Winterhawks Center Cody Glass was named a WHL First-Team Western Conference All-Star. Glass had an amazing year, and took a big step forward in his career. He posted great numbers (32G, 62A in 69GP) and positioned himself nicely for the upcoming NHL Draft.

Glass led all 17-year-olds in scoring, and improved by an absurd 67 points over last season’s totals. Coach Johnston had nothing but praise for the teenager, and rightfully so. The Winterhawks will need Glass to keep up the scoring as they prepare for their first-round matchup against the Prince George Cougars.