On Saturday, March 18th, Aubrey Graham – more commonly known by his stage name Drake, but more accurately summed up by his real name Aubrey – surprised his fans by releasing a new playlist called “More Life” with 22 new songs lamenting all the women who want to sleep with him and all the problems his millions of dollars have created in his life.

Due to copyright issues, the song is currently not on YouTube, so I can’t embed it here for you to listen to. Drake did release the playlist to Spotify, so any Spotify users can take a listen. Warning: There are NSFW lyrics, and they’re NSFW in a way that only Drake can be. If you’d like to check out they lyrics, here’s a link.

The only reference to Portland in the entire song is a line in Travis Scott’s guest verse about how he wants to get with a Portland girl. The rest of the song seems to be about not helping people below you reach higher levels, which is a decidedly un-Oregon value. There are some pan flutes in the beginning of the song, which I guess is kind of Portlandish? 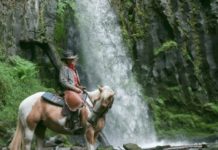 Saddle Up For This Majestic Horseback Waterfall Tour in Oregon 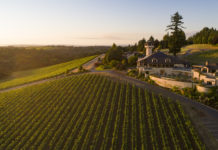