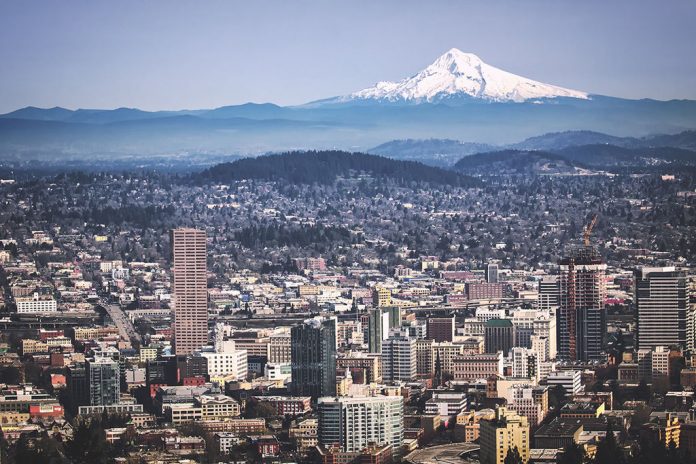 Decided to take the plunge and finally move to Oregon, huh? Well congratulations on one of the better decisions you’ll ever make in your life.

We Oregonians are very proud of the fact that we are now the nation’s top moving destination for 3 years running. We work hard to foster a welcoming and enjoyable community that people want to live in. Some Oregonians may complain about the influx of Californians and advocate for a border war, but the majority of us are more understanding. Hey, we get it. We wouldn’t want to live in California either.

At this point though, lists about what it’s like to live in Oregon have become a trite Northwest cliché (“We’re just like the show Portlandia, but also not at all! Put a bird on it! HaHaHa”)

These articles, while usually entertaining and occasionally accurate, don’t really offer any solid advice for someone moving to Oregon – advice about potential pitfalls you could run into right off the bat that will immediately sour your Oregon experience.

So here are some changes or legal quirks you need to know before your big move:

Oregon Law stipulates that you have 30 days after becoming a domiciled resident of Oregon to title and register your vehicle. At the DMV, they will determine whether or not you qualify for a title and registration. To qualify, you need to establish residency and show that you have valid insurance. Once titled, the DMV will provide you with new plates and license and take your old ones.

This is important to do in a timely fashion because riding dirty can cost you up to $250, which is never ideal to add on top of moving expenses.

Driving while using a cellular device

Using your phone while driving is never a good idea. Statistically, it’s safer to drive drunk than to text and drive (You definitely shouldn’t be doing either). It’s a particularly bad idea to text and drive or talk on your phone while driving in Oregon. Our fair state has some of the strictest laws in the nation regarding the use of cell phones while operating a motor vehicle. Any handheld devices or texting while behind the wheel can result in fines of $500.

Marijuana became legal in October of 2015, which makes Oregon the third state to decriminalize the plant along with Colorado and Washington (Alaska and California have since legalized weed as well). The intricacies of the law are too complicated to be outlined in detail in this post, but here is the Oregon Government’s official FAQ sheet.

So while you may think it’s time to celebrate the move by walking down Main Street with a blunt, you’d be better advised to spark it up in your own domicile.

Ok, yeah this is something you always see on those cliché lists. So sue me. It’s tough not being cliché. This gas station difference is important and it could potentially trip you up (unless you’re moving from New Jersey, in which case you should feel right at home).

If you were a proud organ donor in your previous state, you will need to register again or take the risk of your organs simply decomposing should you have the misfortune of an untimely death. Registering quickly after moving is crucial, especially considering the reason below.

While the eye test may have been telling you this for years, it’s actually statistically true. Oregonians are just not good drivers. I have no idea why. That means I’m probably part of the problem, huh? Couple the bad driving with terrible congestion and traffic during rush hours and it’s no surprise that so many people in Portland prefer bikes.

“But I thought Portland was some liberal, hippy utopia where citizens spend all day gardening and getting high?” you may be thinking to yourself. While Portland certainly skews more liberal, things take a decidedly more conservative turn when you venture into other parts of Oregon – particularly the coastal regions and Eastern Oregon. Whether you’re Democratic, Republican, Libertarian or simply someone who thinks that the rent is too damn high, Oregon is home to extremely passionate and vocal supporters on both sides and everything in between.

So if you are set on moving to Oregon, welcome aboard! We’re glad to have you! Hopefully this article has helped you learn a bit more about what to expect upon arrival so that your transition is as smooth as possible.