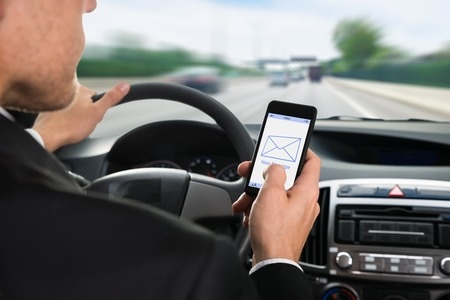 We’ve all seen it. That asshole on the road you pump your first at in anger, watching helplessly as apparently whatever’s on their smartphone is more important than the tons of metal they’re operating on the road, putting others lives at risk.

I would be lying if I said I haven’t had some close calls and been too distracted by my phone while I’m driving. Not so long ago I was driving cab, and not using my smartphone wasn’t a choice, as I heavily depended on it not only for knowing who to pick up but also Google Maps.

So what is the answer? It’s hard to say, but we all know it has absolutely become a huge issue. A new bill, which Oregon legislators plan on introducing in February proposes to increase fines for distracted driving, and could even include prison time for first time offenders — specifically up to one year. The fine could be up to $6,250, and that could even go alongside a trip to the slammer. If you are busted more than once within 10 years, you could face up to 5 years in prison, a $125,000 or both.

The bill is being headed up by Senate Pres. Peter Courtney. Earlier this month, Courtney had said there’s a distracted driving crash every two-and-a-half hours in Oregon and that almost 1,500 people a month are convicted of using a cell phone while driving.

Some interesting facts about texting and driving:

“Distracted driving related injuries and deaths are becoming an epidemic. Until we, as a state, take distracted driving as seriously as drunk driving we aren’t going to be able to change behavior,” Courtney said.