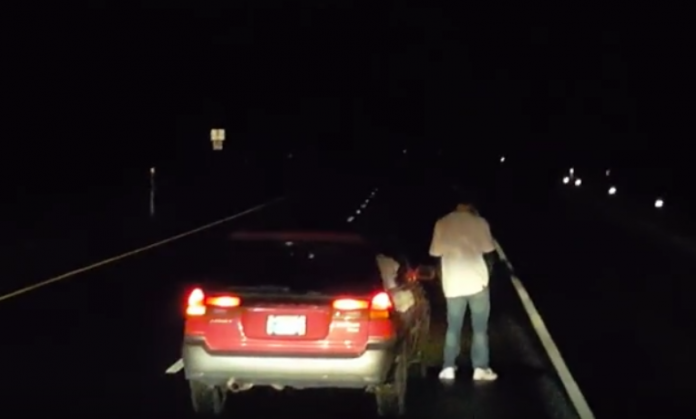 Wow! This is absolutely unbelievable. This guy has obviously had WAY too much to drink, as you will see in the video shot sometime recently in Portland, Oregon. The trucker in the video blocks him in, which he then proceeds to get in the passenger seat. Shortly after, the officers come in and arrest the man. Thankfully they were able to get this idiot off the streets!

You never know what you’re about to catch on video.