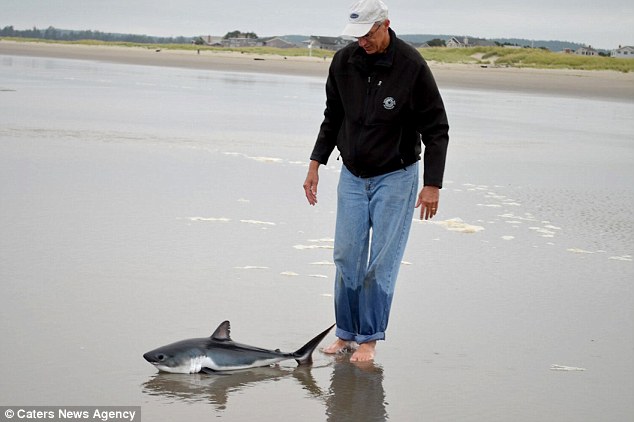 Could you imagine walking the beach and coming across a shark? That’s exactly what happened to Alan Holyoak, as he came across a stranded tiny shark while he was out for a morning walk with his wife Kathrine, on the beach in Seaside, Oregon.

The first time he put the shark back in the water, it ‘remained like a ragdoll’ but after trying again, it started to show weak signs of life and then began beating its tail fin. 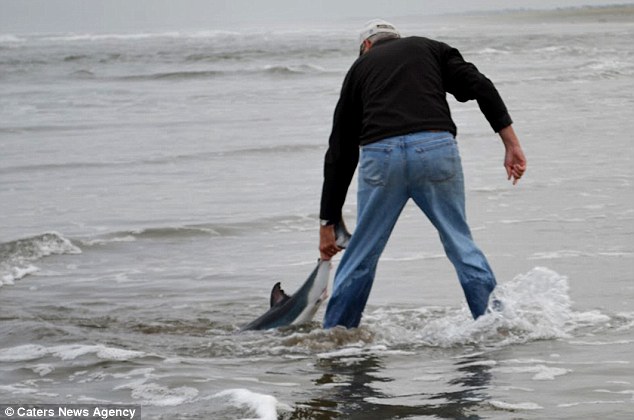 Alan Holyoak, 56, came across the stranded shark when he was out for a morning walk in Seaside. 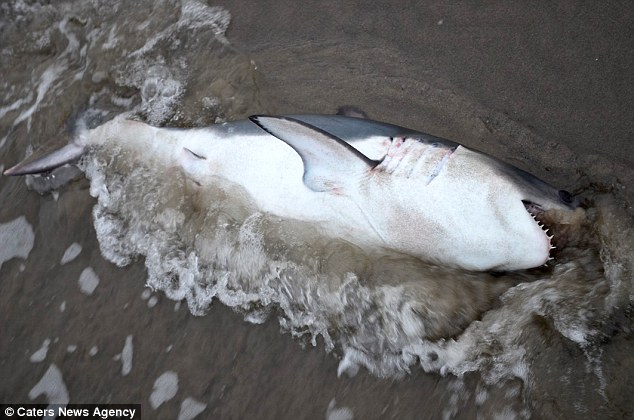 Mr Holyoak, from Idaho, recalled: ‘We saw a young girl looking at something in the water. It was at least a few feet long.

‘At first I thought it might be a stranded dolphin or porpoise pup. But when I ran over and got close enough to see it was a shark, I had the shock and thrill of my life.

‘It was only around 46 inches long, but it came with a full set of teeth.

‘The shark was being rolled around in the surf and was under obvious and extreme stress. It showed no signs of life, but it was still very flexible so I thought it had a chance.’

The marine biologist then grabbed it and carefully removed it from the beach, extremely wary it could thrash around at any time.

He said: ‘As it was so lethargic I decided to pick it up and take it back out into the wash zone, where there was a lot of highly oxygenated water – just what it needed.

‘I was walking on pins and needles – even a small shark like this could give you a nasty gash.

‘Sadly, the shark remained like a ragdoll – I tried again, and this time it started to show weak signs of life.

‘I gave it a gentle shove, launching it toward deeper water – surprisingly it started to beat its tail fin.

‘It was having a hard time, but at least it was getting back into the waves – luckily it managed to get its bearings and make it into deeper water.

‘I hope this shark was simply disorientated, and is fine now.

‘This is the biggest fish I’ve ever caught – and it’s a story I’ll love telling over and over.’

Despite saving the shark, he urged caution to those wanting to help animals in the wild.

‘Any wild animal lives according to its own rules – so it’s always better to leave it alone and give it plenty of space’, he noted.

‘It doesn’t know you’re trying to do it a favour, and may react unpredictably or dangerously.

‘You can love nature, but it’s better to understand and respect it.’ 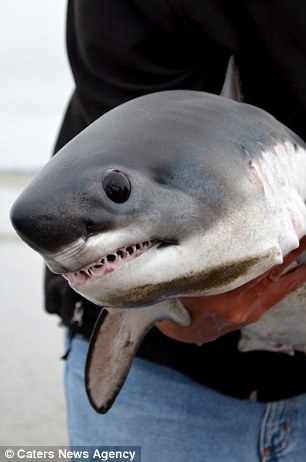