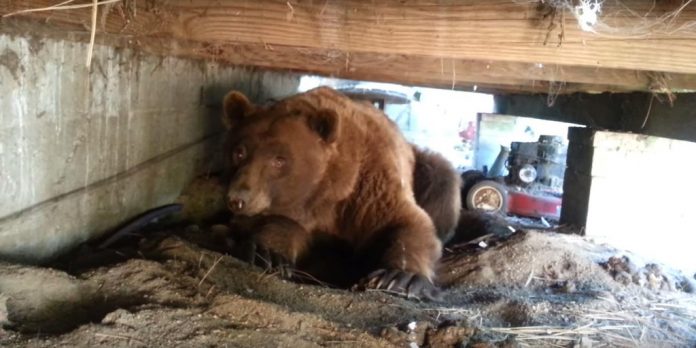 Oh you know…  Just a giant bear straight chillin under the porch. No big deal, right?

Vance Hopkins knew something was living under his deck, but man was he in for a big surprise when he came across this guy who was obviously not a happy camper. At one point in this video, I damn near jumped out of my seat!

The best part is when Hopkins tries to evict the bear who obviously wasn’t ready to leave. While thankfully no one was hurt by the huge animal, the bear didn’t leave without first leaving a little gift. This shocking video has gone viral with over 500,000 hits!

Who else flinched when the bear tried to scare the camera away?  😉