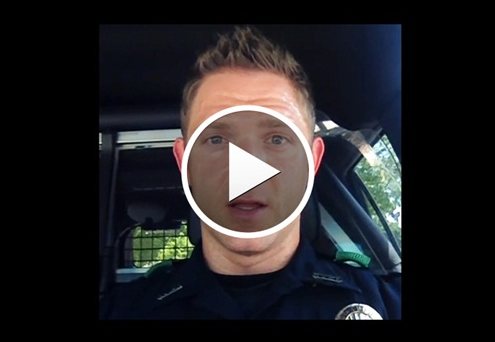 Every summer the headlines get worse. The Portland man who drove by his daughter’s daycare, forgot to drop her off and left his baby girl on “accident” in his car while he worked. He apparently wont face charges, how that happened is beyond me. The woman in Kansas who broke out a car window to save a toddler from an extremely hot car.

Also recently in the news was an Oregon woman who left her dog to die while she went to work. And we can’t forget another headline that caught my eye – an Oregon woman in California, who was recently charged with leaving her 5 kids in a hot car.

If you are a pet owner, or a parent, do not EVER leave your pet or child in the car. Period. This seems like common sense and for the life of me I cannot understand how people can be so irresponsible. When the temperature outside nears 100 degrees, the temperature inside a car without air conditioning can reach as high as 170 degrees in a short time.

I felt like this was a good time to share a video that was demonstrated last summer in during one of the hottest times of the year, which comes from a North Texas police officer. Within just a few minutes, Peterson was sweating and turning flush.

“I didn’t expect it to be so bad, because I’m getting in and out of my car all the time when it’s hot, but right around the 15-minute mark it started hitting me,” Peterson said later.

At the 30-minute mark, he said his breathing was labored, and he needed to get out of the car to recover.

Peterson told NBC DFW he was inspired to post the video after seeing news reports of children dying after being locked inside hot cars.