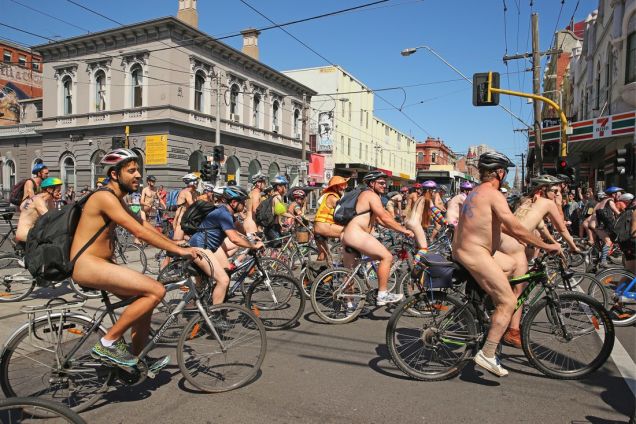 Last weekend in Kent, U.K., The World Naked Bike Ride(Yes the one coming to Portland June 27) had barely got started when apparently organizers ejected a man for getting a little too excited.

The Cambridge News got the story from a shocked witness:

“Everyone was taking their clothes off to get ready for the ride. I heard gasps and I turned around – it was a horrible sight. It’s fair to say he was overexcited and got aroused. It looked like he was enjoying the event a bit too much. One of the organisers went over to him and told him to put his trousers on while speaking on a walkie-talkie to police.”

“The man looked sheepish when he was spoken to by the police.”

The stiffy incident was confirmed on Facebook by Barry Freeman, who is the race organizer when writing “We do not accept this behavior and he was dealt with and removed before the ride started.”

Just a heads up for anyone joining The World Naked Bike Ride in Portland, it’s probably best to stay at home if you can’t control yourself!