This just in: Oregonians have been rated some of the slowest drivers in the United States (it’s true!).  Progressive looked at data from it’s snapshot devices, which it’s policy holders plug into their cars.  After analyzing over 12 billion miles driven by Progressive Policy holders across the US, they found that Oregon was tied in 4th place for the country’s slowest drivers with people driving a median speed of 31 mph.  Some of us have known it all along and as a courtesy provided in Oregon, people always drive slower when you’re late and need to be somewhere in a hurry.

Aside from irritating lead footed drivers, driving slower can actually be a good thing.  Most of Progressive’s traffic claims each year come from people being rear-ended by tailgaters.  We all learned the four car length rule (you should leave four car spaces between you and the driver in front of you so you have time to stop).  Progressive’s study found that you should leave even more space than that, and driving slower helps you maintain that distance.  Faster driving can lead to harder braking, and if you’re braking harder, you’re either waiting too long to brake, or you’re following too close.  ClaimsJournal has a chart to tell you how long it will really take you to stop depending on speed and distance, and that’s a good thing to keep in mind if you’d like to prevent yourself from getting into a fender bender.

As we know, driving slower is a ritual Oregonians practice (after all, we don’t have the higher speed limits Californians are used to, but we also don’t have those rolling stop signs they do either).  What other strange driving rituals do we engage in here in Oregon?  How about the right of way at stop signs?  You go first, no, you go I’ll wait.

There’s also the time honored caravan of cars following a tractor on the road (we Oregonians enjoy slowing down and taking this extra time to read a book while driving).  Lets not forget that people from certain parts of Northern and Western Oregon don’t know how to drive in the snow and so cities like Portland frequently shut down when it snows (and a few times when there was even just frost on the ground).  Fortunately Eastern and Western Oregonians are pros at driving in cold weather so there is some redemption for us there.

All kidding aside, I’d rather drive in Oregon any day over driving in California or Washington, and I’d rather drive slower and safer than ending up in a fender bender or worse.  It may mean leaving for my destination a few minutes earlier instead of rushing there last minute, but as a bonus of driving slower, we get to be kinder and more courteous to other drivers on the road, and stay safer. 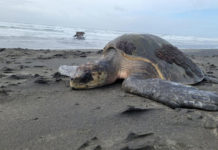