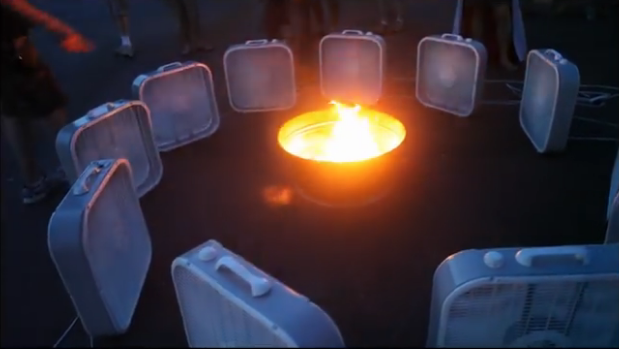 There are a wide variety of party tricks that can amaze your friends in this world, but when fire is introduced, tricks seem significantly more impressive. One fire trick that will have everyone’s jaw dropping is one that involves money being lit with a match. Everyone will watch the bill catch on fire, but not burn. This magic trick works because paper currency isn’t ordinary paper. After the bill is soaked in an alcohol-water solution, the flames will burn through the solution while keeping the bill intact.

However, this man takes traditional fire tricks to the next level. He places several fans around a fire pit and manipulates the flames in a way that is hard to believe.