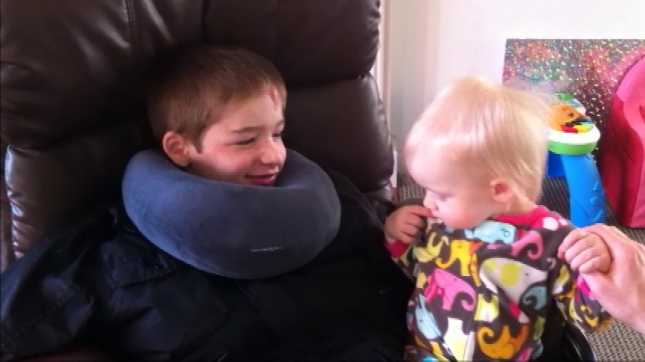 I absolutely love hearing stories about the wonders marijuana is doing for kids all over the world. It seems most the stories I have read are about children who suffer from seizures on a daily basis, and the results of these children being treated with marijuana have been absolutely incredible for them.

This time around KPTV reports on an Oregon family in Eugene, who has turned to marijuana to treat their son, Alex Echols. Alex not only has seizures, but he is severely autistic as well. 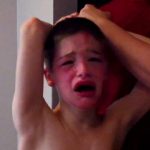 Jeremy Echols, the boy’s father has described it a horrifying experience. Jeremy and his wife say only 6 weeks after Alex was born he had his first seizure. “When you’ve got no other options, are you honestly gonna say no?” said Echols.

The boy’s self-destructive behavior is caused by Tuberous Scelosis. The genetic disorder is so rare it only affects around 50,000 people in the United States – causing unregulated growth of non-malignant tissue in organs. As a result, Alex suffers from seizures and autism.

By the time he was 5 years old, Alex’s behavior had become increasingly worse, which his parents had videotaped to show the doctors just how bad his self-inflicted injuries were.

Alex would regularly head butt anything in sight. At one point, the poor little guy had bruised his forehead so badly, blood had drained down his face until it was black and blue. His parents even tried a helmet to protect his head at one point. And like many other stories, the typical mood-altering prescription drugs Alex was given proved to be an unsuccessful treatment.

By the time he was eight years old, they family had no cohice but to put him into a state-funded group home. I couldn’t imagine how devastating this was for the Echols.

“It was like we were throwing him away, like we were giving him to somebody else and saying, ‘Sorry buddy, you’re not part of the family anymore,'” he said. “It was pretty rough.”

And then in 2009 they got the break they needed, when a TV news story caught their attention. The story was about a California woman who had great success treating her autistic son with medical marijuana. They quickly got approved for Oregon’s medical marijuana program in 2010.

And like so many success stories I have read, within a few months after trying pot brownies and butter for cookies, the boy had dramatically improved.

“He went from being completely, yelling, screaming, bloodying his face, to within an hour, hour and a half, he would be playing with toys, using his hands,” his father said. “Something that at that time was almost unheard of.”

While the group home he resides at will not treat Alex with marijuana, his parents give him a liquid form by mouth about three times a week outside of the home.

There is no Oregon law requiring a doctor to monitor the dosage, so it is completely up to the parents. It’s interesting to note the boy’s neurologist had no idea the treatment was available, until he was told about it.

With so many success stories, it’s obvious marijuana is changing lives for the better across the globe… So it’s interesting to note in this story The American Academy of Pediatrics has circulated a resolution that opposes the use of medical marijuana in children.

Dr. Sharon Levy, who is an assistant professor pediatrics at Boston’s Children’s Hospital argues weed is toxic to children’s developing brains, and says the drugs long-term effects are unknown.

This I do know, we have suppressed the benefits of marijuana for far too long now, and we can no longer ignore the fact it is one of the most amazing plants on Earth. With so much coming to light now finally, it’s nice to see more people awakening to the fact that it may not be the evil drug the government has led us to believe for so long now.