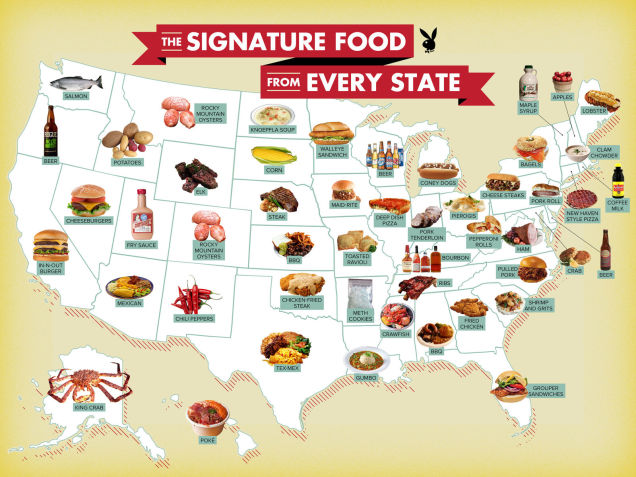 A map using data from Reddit was published in Playboy to showcase what food each state is known for… Well, not just food. Make that food, alcohol and drugs. And don’t forget delicious meth cookies for Arkansas.

We definitely got a good thing going on the west coast. Salmon, cheeseburgers, and beer… How could you go wrong? I bet you can guess what state was nominated for beer. Yup, that’s right, The Beaver State, well known for our microbreweries.

Here’s the full list. I really need to head over to Arkansas to try some meth cookies:

The Petersen Rock Garden In Oregon, Is A One-Of-A-Kind Attraction Brimming With Creativity 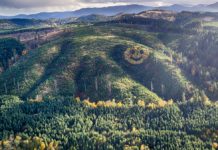 Oregon’s Weirdest and Most Quirky Roadside Sights and Oddities