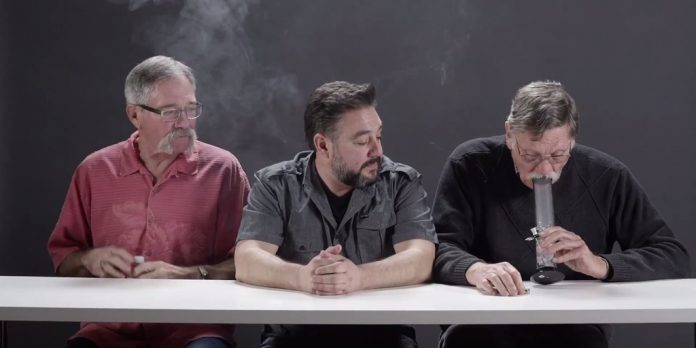 I never thought I’d see the day a video where officers smoking weed goes viral on 4/20.

Remember the grandmas smoking weed for the first time? Well this time around we got some legitimate ex-cops puffing on the ganja in honor of 4/20. While David, Rene, and Robert are no strangers to weed, it’s clearly been a minute since they toked.

The video was shot in our neighboring state, in Washington where recreational weed has been legal a bit longer than Oregon. You will see the ex-cops giving their two cents on legalization between puffs.

“As far as I can remember I never arrested anyone for [smoking weed], but I took a lot of pot away from people and threw it away in front of them,” Rene said. “And I think that was a bigger deterrent than writing a criminal citation.”

After retiring from the force, the cops are now all for legalizing.

The Petersen Rock Garden In Oregon, Is A One-Of-A-Kind Attraction Brimming With Creativity