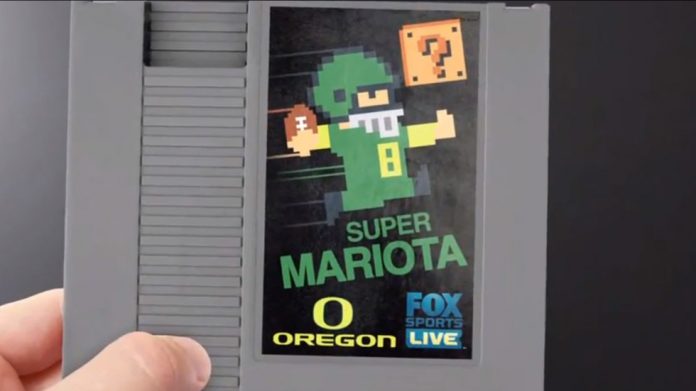 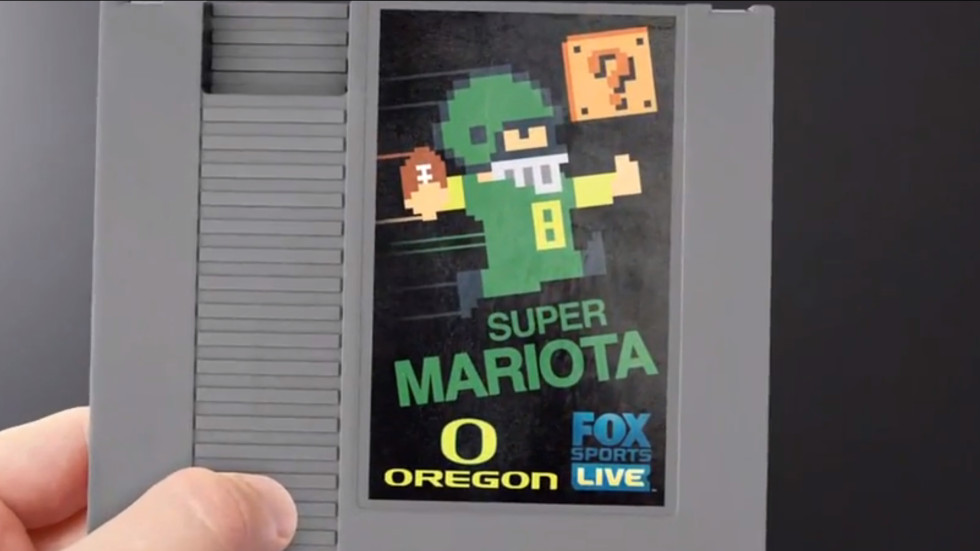 Oregon Ducks quarterback Marcus Mariota is having a great season, and could likely be one of the first QBs taken in the 2015 NFL draft. So what better idea than to throw him into an 8-bit Nintendo game?

Recently Fox Sports Live created “Super Mariota,” a parody of Super Mario Bros, with Mariota jumping on opponents while working his way to the end zone. So who’s going to make this the next 8-bit iPhone game? I’d totally play this.